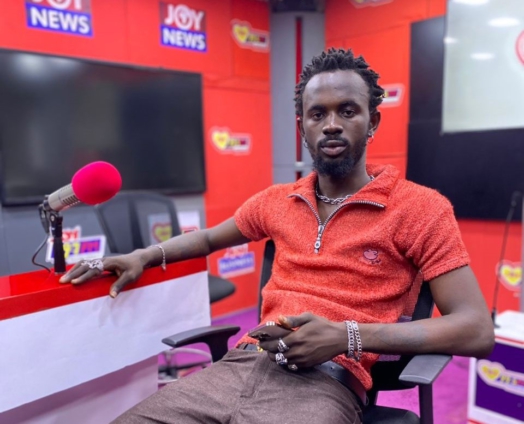 Fast-rising Ghanaian hip-hop artiste, Black Sherif says he remains unperturbed by any hindrances that may be placed in his way by persons in the music industry.

According to him, some people have tried to dent his image, but he remains firm and focused, when asked whether he has ever felt sabotaged.

When asked whether he thinks he is perfect, he explained that, “I am not perfect. I can never be perfect that is why I try to be real and raw in whatever art I put out for people to consume, because then you know I am a human, I have flaws, I have up-times and down-times”.

He added, “I have battled all kinds of stuff as a creative person. I don’t worry about the things I hear. It gets to me as a human but not as an artiste. I sometimes delete my socials, which will be weeks and months before I return. It’s a way of me getting myself disciplined”.

Black Sherif was speaking to DJ Reuben on Luv FM’s Drivetime show, as part of his radio tour in Kumasi to promote his new album ‘The Villain I Never Was’.

The award-winning artiste has peaked in the Ghanaian music industry since his first release, ‘Money’ in 2019.

Speaking on his new album, he explained he was inspired by past experiences and memories, emphasizing he invested hugely in the album’s creation.

“The ‘Paradise’ song, I wanted to make this song from the time I was in high school. Making people happy makes me happy. My life at Konongo Zongo inspired the song ‘Konongo Zongo’ on my album. I have been working on the album for over a year. Over 20 songs didn’t make it on the album. I record and drop some. I call the fans believers.

“I cry sometimes, I think about my life and I cry. I get happy sometimes too. Villain means the bad guy I never was basically. Mostly I don’t care about what people say about me. The things I saw at age 7, others saw at age 18 because of where I come from [Zongo],” he said.

Blacko, as he is affectionately called, spoke about his new title, as the Youth King in Tamale.

“I didn’t know I would be made a king of the youth at Tamale. It’s a really big thing for me to be named a youth King,” he stated.