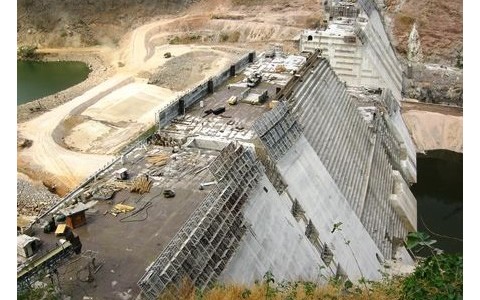 The Bui Power Authority (BPA) has refuted claims that some 50 residents of Bongase Nsuano have been displaced following the recent spillage of the Bui dam.

In a media release Friday, the Authority said all publications that touted such misinformation should be strongly disregarded by the public.

“It should be noted that the Bongase Nsuano community is upstream of the Bui Generating station and therefore cannot be affected by a spillage, which is flowing downstream,” CEO Fred  Oware stated.

The spillage is expected to take place between five to 10 days to empty the Bui dam of excess water stored from recent rains.

The BPA stated emphatically that in spite of this, the general public is assured of safety during the process of emptying the excess water from the reservoir.

“We wish to assure the general public that we will continue to sensitize the communities downstream in order to safeguard life and property whilst we continue our Controlled Spilling until the reservoir recedes to an acceptable level which guarantees the structural integrity of the Bui Generating Station,” statement

Conversely, some communities have been adamant to relocate despite several notices and cautions about the dangers of remaining close to the reservoir.

Below is a copy of the statement.

DISCLAIMER: The Views, Comments, Opinions, Contributions and Statements made by Readers and Contributors on this platform do not necessarily represent the views or policy of Multimedia Group Limited.
Tags:
Bui Power Authority
Dam Spillage
Residents