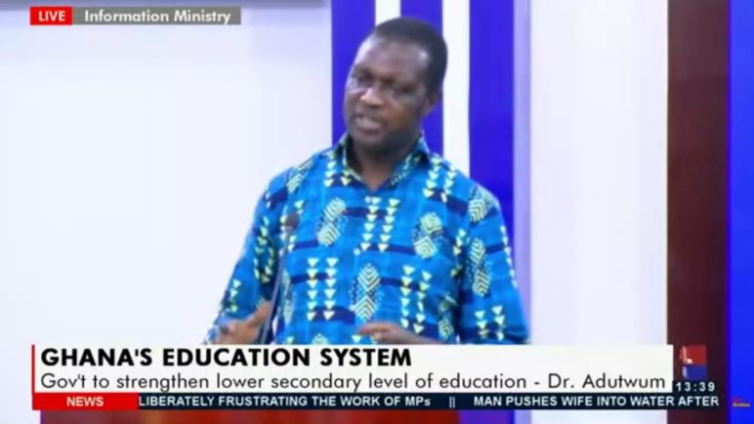 Education Minister, Dr. Yaw Osei Adutwum has admitted the inability of the government to supply textbooks to basic school pupils, despite the introduction of a new curriculum two years ago.

Speaking on the floor of Parliament on Thursday, Dr. Adutwum indicated that government recognises the relevance of textbooks in education, and is working assiduously to deal with the situation.

“Government acknowledges the need for textbooks in implementing the new curriculum and is working around the clock to supply textbooks to our basic schools. The procurement processes are ongoing,” Mr. Adwutum revealed.

The Education Minister made these comments when he appeared before Parliament to answer some urgent questions, including the procurement of textbooks for the implementation of the new curriculum.

According to him, once the relevant processes have been exhausted, distribution of the textbooks will begin across all the regions and districts in the country.

Many teachers and pupils have decried the delay by the government to supply textbooks to complement the implementation of the new basic school curriculum.

But Mr. Adutwum says the situation will soon be brought to an end. He also praised the resilience and dedication of teachers, despite the prevailing difficulties at the basic education level.

Meanwhile, the Minority have expressed their reservations with the approach government employed in the implementation of the new basic school curriculum.

According to them, it was wrong for the government to have introduced a new curriculum without vital learning material, such as textbooks.

Member of Parliament for the Wa West Constituency, Peter Lanchene Toobu, in an interview with JoyNews‘ parliamentary correspondent, Kwesi Parker Wilson reiterated the concerns of the Minority and blamed the government for the present challenges facing basic school pupils across the country.

“How do you introduce a new curriculum without textbooks? And I asked a very simple question, as a follow-up, Mr. Minister, what do you think the impact will be on the quality of education if teachers would have to teach without reference material; traditional reference material like textbooks.

The answer was that they’ve not done any official impact assessment, and if it is done, we’ll get the results on the floor of Parliament. But the truth also remains that for two good years without the textbooks, it’s common sense; that impact on the quality of students will definitely not be the best”, Mr. Toobu said.