No UCC student has been stabbed to death; campus is safe – SRC 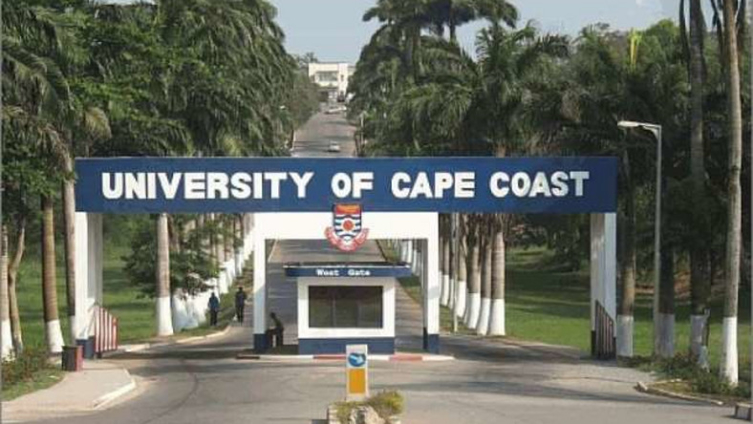 The Students’ Representative Council (SRC) of the University of Cape Coast (UCC) says the circulating video suggesting a student has been stabbed to death on campus is fake.

It says no such incident has been recorded because adequate security measures have been instituted to foil any attack or robbery in the University.

A statement signed by the SRC Public Relations Officer, Pascal Korbla, urged students and the general to disregard the false information only meant to discredit the University.

“Students are to rest assured that the Office of the Dean of Students and the SRC have put in place robust measures to curtail any insecurity on campus.

“We, therefore, urge students to disregard any false information and go on with academic activities as measures are being put in place to ensure their safety,” the statement directed.

In the late hours of Thursday, September 29, videos and photos suggesting an attack on UCC campus were shared on social media.

In a particular video, a female student was said to have been attacked and stabbed to death after she struggled with some unidentified robbers.

This left some students in fear as some recalled how they had been attacked in the past two weeks in their hostels and residences.

The SRC added that it has embarked on a security campaign led by the School’s diapora security chairperson to sensitise students on security issues.

Also, 55 more watchdogs have been added to the existing security personnel on campus.

“The SRC has sent 20 watchdogs to Kwapraw to intensify security. Currently, one of the perpetrators has been caught and is currently in police custody,” the statement added.

The Office of the Dean of Students has asked students, especially those in the diaspora, to be security conscious in whatever they do.

It admitted in a notice that the last two weeks has witnessed daily attacks on students in the Amamoma area.

Two of these attacks resulted in the affected students being cut severely with cutlasses requiring major surgery.

“Students should guard against risky beaviours such as being out alone late at night or before day break; leaving doors unlocked no matter how brief the time period; returning to their hostels deep in night; walking and/or talking on phones late at night outside…

“…moving about at night with laptops and other electrical gadgets; studying alone deep into the night at academic areas, and boarding commercial vehicles of unknown particulars.

“Students are encouraged to heed these guidelines to minimise their chances of being victims of recent up-surge of crimes in the community,” the notice cautioned.