NPA deploys technology to ensure the sanctity of the industry – Mustapha Abdul-Hamid - MyJoyOnline.com 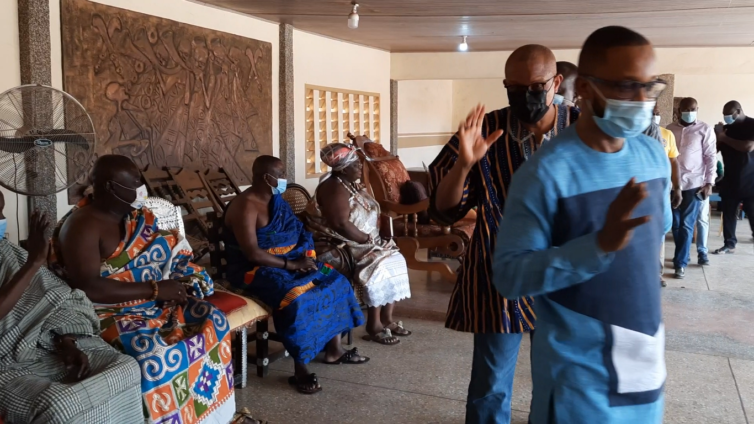 The National Petroleum Authority, NPA, says they have deployed technology that would ensure that petroleum products that get to the consumer are of high quality and standard.

Mustapha Abdul-Hamid, the Chief Executive Officer of the Authority, said the system they have would also ensure the sanctity of the petroleum industry is high.

He said technological systems such as Electronic Cargo Tracking System, ERDMS, and Automatic Tank Gauging System are helping the Authority to ensure that loaded petroleum products get to the final point without diversions.

The technology, he said, is also ensuring that people do not get the chance to cheat the system and are caught and dealt with when they do.

“We have a system at the NPA that tracks the movement of all tankers to be able to see who has diverted from its path and who is hiding in some bush to break the seal to adulterate the fuel”, he said.

He noted that he has a list of tankers drivers caught tampering with their locks, and the Authority will apply the right sanctions against the Oil marketing companies and owners of the tankers involved.

Abdul-Hamid said the Authority does all of these “to ensure the sanctity and purity of the products” to the consuming public.

He further said when the Automatic Tank Gauging System is completely rolled out, “it would enable the Authority to determine the level of fuel in various tanks across the country, know where there is going to be an imminent shortage of fuel and restock it”.

The NPA, he also explained, has a monitoring system that ensures that the petroleum products sold at the fuel stations are of quality and quantity.

Abdul-Hamid spoke to the media in Sunyani as part of his working visit to the Bono Region, where he also paid courtesy calls to the Regional Minister, Justina Owusu Banahene, Sunyani Traditional Council, and the Bono Regional Police Command.

The tour had seen him earlier visit the Upper East, Northern, and Upper West Regions.

The familiarization visit, he said, was to have first-hand information on all petroleum facilities in the country to aid the smooth implementation of the vision of the President, help him understand the industry and its basic workings, the mandate of the NPA, and all of the structures that would help deliver the expected services to the Ghanaian people.

The NPA CEO, Mustapha Abdul-Hamid, hinted that they are in a process of revising the 2005 Act that established the Authority.

He explained that the completion of the process would further enable the Authority to meet the current demands of the industry and the Ghanaian people.

She said with the influx and operations of motor tricycles (Aboboyaa and Pragyia) in these communities without fuel stations, the NPA should roll out measures to ensure that fuel bought from them has the accepted standards to avoid breakdowns of engines that could lead to accidents.

At the Sunyani Traditional Council, the Queen Mother of the area, Nana Akosua Dua Asor Brayie II, appealed to the CEO to consider indigenes of Sunyani for employment in their operations in the regional capital and beyond.

Krontihene of the Sunyani Traditional Area, Nana Bofotia Boaponsem, urged the Authority to desist from playing politics with the price of fuel.

“Politicians will play with fuel prices and say it’s expensive when they want power, but backtrack when they win power”, he argued.

He said truthfulness on fuel prices, either in opposition or government, would go a long way in building the country instead of building political parties.