NPP constituency election in Yendi suspended due to confusion over album to use - MyJoyOnline.com 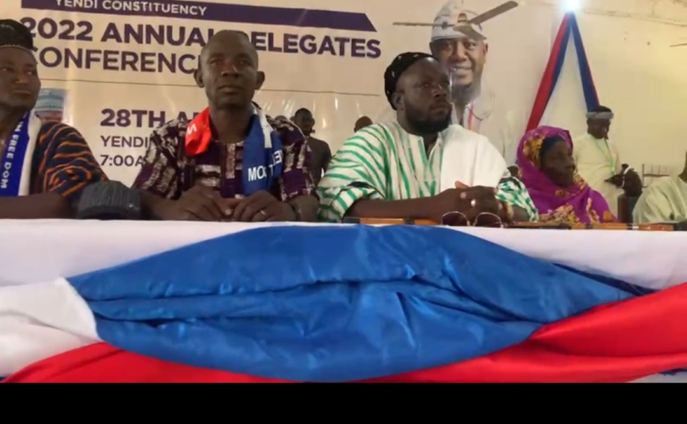 The New Patriotic Party’s constituency elections in Yendi in the Northern Region have been suspended due to confusion over which album to use in conducting the elections.

According to JoyNews’ Northern regional correspondent, Martina Bugri, the confusion over which album to use for the elections erupted in January this year.

The matter has since been referred to the party’s steering committee to be discussed for a new date to be announced.

Meanwhile, delegates of the Party have expressed disappointment over the development. They have also accused some top officials in the Party of manipulating the electoral process to favour their candidates.

A Polling Station Officer at the Yendi Senior High School Electrical Area, Abdulai Tamimo said they were not privy to any information on the suspension of the elections, adding that they only arrived at the venue this morning to be told it has been cancelled after all the preparations and expenditure they incurred.

He said the Party has its structures which ideally should be followed and not for a few leaders with personal interests, to manipulate the process.

Another Electoral Coordinator, Hudu Abubakari said NPP as a Party and a government has failed due to the inability to resolve the issues in Yendi since it started early this year.

Mr. Hudu also accused the Party leadership of protecting the interest of a few members against the masses in Yendi and that could pose dire consequences in 2024.

“NPP as a Party has failed. The government has failed. Why do I say that? This is just a machination being dome by people sitting in Accra…How can those people sit in Accra and decide for us? So it is as if the NPP as a Party is taking us for granted,” he noted.

Abdul Shaban, also a Polling Station Executive on his part said, the Party had bent its own rules it set for the elections, which is disappointing.

Mr. Shaban said, there is information available to them that the President is siding with the Chief Executive Officer of MASLOC, the reason for the suspension of the exercise.

“Our information out there is that the President is saying that because the album is not favouring Abibata the MASLOC CEO, he is putting on hold the elections, Farouk has spent his whole life, personal resources in building this Constituency. He has served some of us, if not for Faruok, some of us would have left NPP,” he said.

He cautioned that if the leadership of the Party does not put the interest of the masses first, they will have themselves to blame.