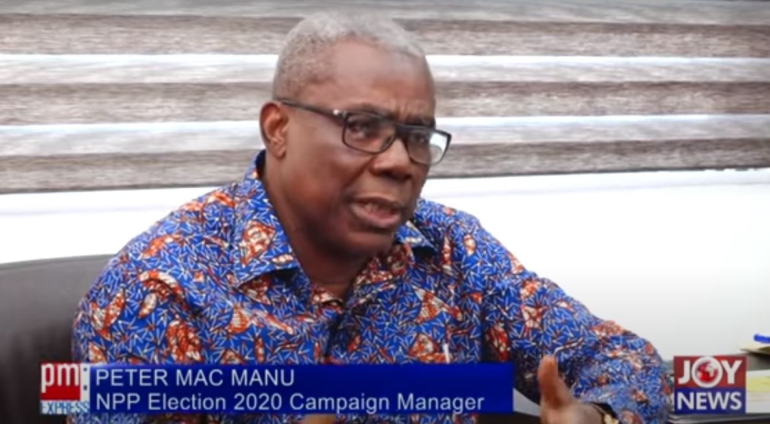 The National Election Committee of the New Patriotic Party (NPP), has warned national executive aspirants to desist from making the media their first point of call in case of any grievances during the upcoming National Delegates Conference.

Communicating the directive, the Chairman of the Committee, Peter Mac Manu explained that the party has created a mechanism to deal with any issues which may arise.

According to him, based on this internal arrangement, any aspirant who speaks to the press without resorting to the National Election Committee will be dealt with.

“Any aspirant who fails to channel their grievances through these means but rather resorts to denigrating and casting aspersions at the party or any individual involved in the process within the media space will face disciplinary action”, Mr Mac Manu said.

Speaking at a press conference at the party’s head quarters on Wednesday, he said, “aspirants are further cautioned to refrain from bastardising the election process and the systems that have been put in place to ensure a fair and transparent election”.

He continued: “Any aspirant with concerns should contact the National Election Committee through the Director of Elections, who is our Secretary, with the complaint which shall be acted upon expeditiously in the interest of fairness and justice”.

The warning by Mr Manu adds to the raft of measures by the party to forestall any challenges that may mar the process, scheduled for July 16, 2022.

In this regard, the party’s election management body has also advised aspirants to desist from mounting billboards during the Conference; adding that aspirants who engage in bribery and vote-buying will accordingly be sanctioned.

Meanwhile, aspirants who have been cleared to contest in the party’s national elections on July 16, are busily embarking on field campaigns and media engagements to convince electorates.

But speaking ahead of the Conference, Mr Peter Mac Manu announced that Mr Otoo has withdrawn his candidature.