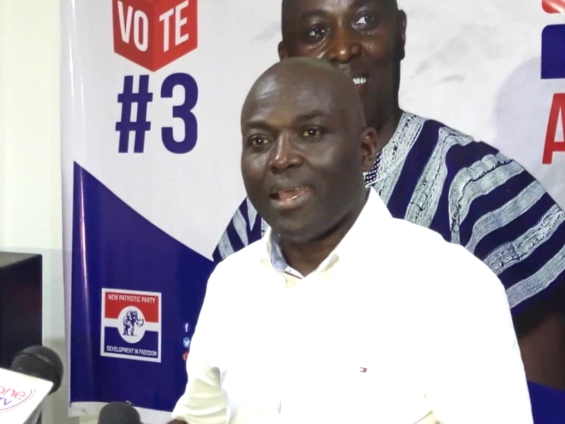 He is of the view that this would go a long way to help the party address challenges that would emerge from the contest.

He has therefore appealed to the newly-elected National Executives of the party to file a paper to the NEC to consider early congress, instead of one year to the elections as stipulated in the Party’s constitution.

Chairman COKA, as he is affectionately called, made the call during an exclusive interview on Nhyira 104.5 FM in Kumasi.

COKA is confident of an NPP win in the 2024 general elections.

“I’m telling you that whatever it takes to break the 8 is being worked on,” he said.

According to him, the NPP has started working on all identified challenges.

“The next two years you see me here we will be talking about our third term victory. We’re doing everything to avoid apathy that affected us (NPP) in 2008,” he stressed.

Touching on the current economic crisis, COKA pleaded with Ghanaians to exercise patience with the government.

“We shall definitely get to the promised land before 2024. Let’s all bear with the government and contribute our quota towards the economic recovery agenda,” he stated.

On the cedi depreciation, Chairman COKA again called on all Ghanaians, especially traders, to stop buying the dollars locally to reduce the pressure on the dollar.

“We all have a role to play as far as the cedi depreciation is concerned. Our Businessmen and women need to stop trading or buying dollars in their transaction in order to reduce pressure on the dollar. He lamented that there are some people who deliberately create panic on the dollar rate in the system. All this needs to be stopped,” he observed.

“Let’s all focus on made in Ghana goods if we’re really determined to fight the cedi depreciation war,” he added.

DISCLAIMER: The Views, Comments, Opinions, Contributions and Statements made by Readers and Contributors on this platform do not necessarily represent the views or policy of Multimedia Group Limited.
Tags:
Alan Kyerematen
COKA
Dr Mahamudu Bawumia
NPP flagbearership race