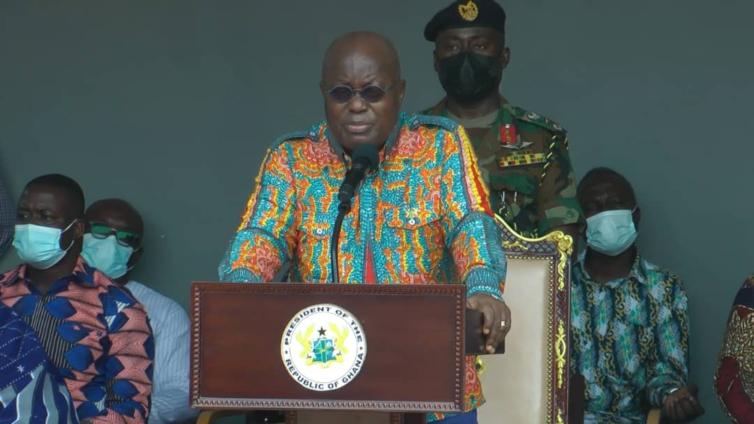 A private legal practitioner has warned that the governing New Patriotic Party (NPP) may pay the political price should government continue to ignore calls from Ghanaians to dismiss the Health Minister over the botched Sputnik V vaccine deal.

Martin Kpebu speaking on Joy Prime’s Beyond the Headlines on Wednesday, reiterated that President Akufo-Addo must terminate the appointment of Kwaku Agyeman-Manu should he fail to resign.

He insisted that NPP will bear the brunt in the 2024 election if the President goes contrary to the call.

“The mess Mr Agyeman-Manu has created reflects on the President as well. So the more he keeps long in government the more it becomes a reflection of President Akufo-Addo’s stewardship.

“The country is changing, so [politicians] don’t underestimate Ghanaians. If not the NPP will pay the political price by losing the next election if Mr Agyeman-Manu is not sacked,” he stated.

Meanwhile, President Akufo-Addo says his appointee, Mr Agyeman-Manu has endured a lot of suffering at the Ministry.

Tagging the Minister as an important player in his government, the President jocularly said Minister despite his efforts “is receiving slaps” from a section of Ghanaians in the past few days.

“There are a lot of people from the Bono Region in my government; including the Minister of Health, who is currently receiving slaps [from Ghanaians]. He is an indigene of Dormaa. He has really suffered in that Health Ministry and is still suffering,” he said of his appointee while laughing together with dignitaries and others gathered at the venue.

But Mr Kpebu who has been critical about the botched vaccine procurement deal says he doubts President Akufo-Addo will “protect” the Dormaa Central MP.

For him, the President’s statement that “Mr Agyeman-Manu has suffered and will continue to suffer” is only to drum home that the Minister will always be mentioned if deals that cost the nation its money.

“If the President could defend him [Mr Agyeman-Manu], trust me, he wouldn’t have wasted any time coming to his defence. The issues are all clear, Mr Agyeman-Manu is lost on all grounds and with the plethora of lies that he’s told, he will pay a high price for it,” he stressed.

Calls for Health Minister, Kwaku Agyeman-Manu to resign has exceedingly increased following revelations in the report of the Parliamentary Committee that probed the Sputnik V vaccine contract.

“If he is minded to… resign, I will endorse it; I will vote for him if he were to do the honourable thing and just quit. You cannot defend this.”On Monday,

On Monday, the Minister wrote to Sheikh Ahmed Dalmook Al Maktoum with whom he signed a deal to procure Sputnik V vaccines, to refund the money for the non-supplied doses.

According to the letter, the Dubai-based businessman has agreed to refund $2,470,000 paid by government to supply 300,000 doses of Sputnik Covid-19 vaccines.

The letter was in reference to an earlier one dated August 5, 2021, from Sheikh Al Maktoum to the Health Ministry.

“The Private Officer of His Highness, per the correspondence, has honourably agreed to refund an amount of $2,470,000 being the balance left on the 50% advance payment of $2,850,000,” portions of the Health Ministry’s letter to the Finance Ministry read.

This comes after the Committee tasked to investigate the deal, found that the amount of $2,850,000 (representing 50% of the contract sum of $5,700,000) has been paid to Messrs Al Maktoum despite the Minister claiming no payment had been made “to the best of my knowledge.”

This comes after the Committee tasked to investigate the deal, found that the amount of $2,850,000 (representing 50% of the contract sum of $5,700,000) has been paid to Sheikh Al Maktoum despite the Minister claiming no payment had been made “to the best of my knowledge.”