NPP to start fresh registration of its members – John Boadu 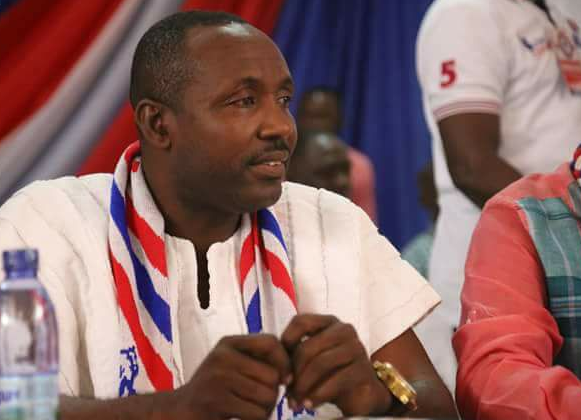 The governing New Patriotic Party (NPP) has disclosed that the party will soon begin a nationwide exercise of compiling a register of all its members.

NPP General Secretary, John Boadu disclosed that persons wishing to be members, at each of the over 38,000 polling stations of the country will also be registered, as part of the party’s restructuring and reorganisation efforts.

This exercise, according to him, is expected to commence in the month of April 2021, after the party’s National Executives Committee (NEC) meets and adopts the proposed modalities for its rollout.

He encouraged every member of the party to go to their respective polling stations and get their details captured in the membership register which shall be kept at the polling station levels, and updated every six months in line with Article 3(10) of the NPP Constitution.

The governing party’s chief scribe and Director of Operations and Logistics for the 2020 campaign [John Boadu] made this disclosure on Tuesday, at a meeting with party grassroots including constituency executives of the Bono East Region at the regional capital, Techiman.

The meeting forms part of the National Executives’ nationwide ‘thank you tour’ following the party’s 2020 electoral victory, which was recently affirmed by the nation’s Supreme Court as a true and accurate reflection of the will of the Ghanaian people.

At the moment, all the ten elected National Executives of the NPP, led by the National Chairman, are embarking on a nationwide tour to touch base with the party’s grassroots, and to also listen to their legitimate grievances.

Each of the ten national executives of the party took a turn to address the meeting of party grassroots in the regions visited.

They are expected to resume their tour of Greater Accra on Thursday, where they will be visiting some outstanding constituencies, which will then mark the completion of the first phase of their nationwide tour.

Also in attendance at these ‘touching-base and thank you’ meetings, were the regional executives who were led by their regional chairmen, as well as MMDCEs and Members of Parliament for the respective districts and constituencies that were visited.