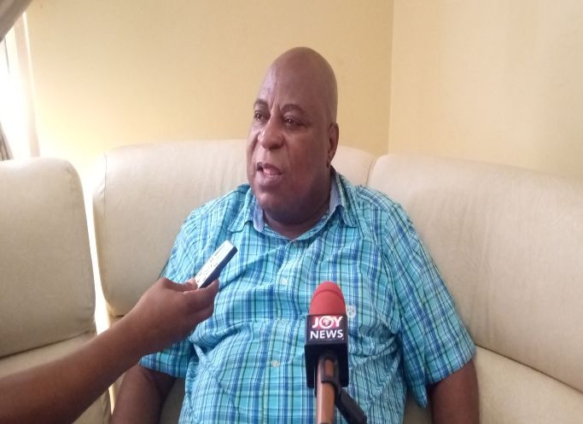 After defeating National Democratic Congress (NDC) in the 2020 general elections, New Patriotic Party (NPP) is looking forward to achieving an unprecedented feat by breaking the 8-year election jinx in 2024.

Although this presents a challenge to the party, former Greater Regional Chair of NPP, Ishmael Ashitey said this will take strong and strategic leadership to accomplish.

He disclosed this to Joy News in Tema after confirming rumours of his intentions to vie for the National Chairmanship position.

“NPP could be the first party under the 4th republic to secure a third term mandate. But this will take leaders who will unite all fronts, apply unique strategies and abide strictly by the party’s constitution”.

He promised to remain remain neutral and work hard with whoever emerges as presidential candidate for the party.

Ishmael Ashitey said, he will be building on the successes chalked during his tenure as Regional Chair for Greater Accra.

“I managed to take the party from nine parliamentary seats to 14 and subsequently to 21 seats when my mandate was renewed. I am pretty confident that I will the person to break that jinx of 8 years”.

The three-time Member of Parliament for Tema East who has so far done consultation across some regions indicated that he is yet to inform some key persons including President Akufo-Addo.

“The idea to contest was birthed a year ago. Some friends within the party who are very optimistic about my chances have also been encouraging to take this bold step”.

He expressed his disappointment in the number of parliamentary seats the NPP lost in the last election, despite the warning signs he put out.

Ishmael Ashitey was particularly worried about the idea of alienating people especially at the polling station level due to some individuals’ parochial interest.

“You try to bring everybody on board. People have unique talents and how they handle issues. When there are mistakes, we sit and resolve them and this remains part of my leadership style,” he added.

He is also not in support of any major changes to the party’s current constitution and regulations and believes the existing rules are adequate enough to help organize elections successfully.

He suggested that the party puts in place means to reward members who help in bringing the party to power.