NPP will take back Salaga South seat in 2024 – Samuel Jinapor 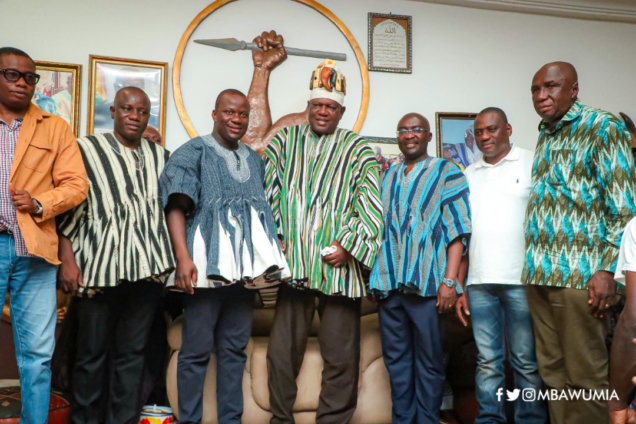 Member of Parliament for Damongo Constituency and Minister for Lands and Natural Resources, Samuel Abu Jinapor is optimistic that the Salaga South Constituency seat will be reclaimed by the New Patriotic Party (NPP) in the 2024 elections.

According to him, the loss of the seat to the National Democratic Congress (NDC) was a result of issues that could have been avoided as he argued that history has proven that the Salaga South Constituency is a stronghold of the NPP.

Giving an account of the life of the party in the Savannah Region during Vice President Bawumia’s tour of the region, Mr. Abu Jinapor recounted that Kpembe which falls under the Salaga South Constituency is the birth ground of the New Patriotic Party in the region.

Mr. Samuel Abu Jinapor disclosed that “in the Gonjaland, this is the bedrock and birth place of the New Patriotic Party. J. A. Braimah in private life was the person who formed the NPP here and at the height of President Nkrumah’s power and political authority, here in Kpembe NPP was always popular and we won all the elections from 1950, 1951 and even the independence election through J.A. Braimah. So this is the heart ground of the New Patriotic Party,” he said to a cheerful crowd at the Kpembewura’s palace.

He added that “Even when we are struggling with votes in other parts of Gonjaland, Salaga South always stands firm for the NPP. Something little just went amidst in 2020 and I have all confidence that with your support and leadership and the support of the Kpembewura and the party that by the Grace of God through the blessings of the Kpembewura and the Imam and all the people of Kpembe, Salaga South will come back home to the elephant family”.

DISCLAIMER: The Views, Comments, Opinions, Contributions and Statements made by Readers and Contributors on this platform do not necessarily represent the views or policy of Multimedia Group Limited.
Tags:
Damongo MP
Salaga South
Samuel Abu Jinapor