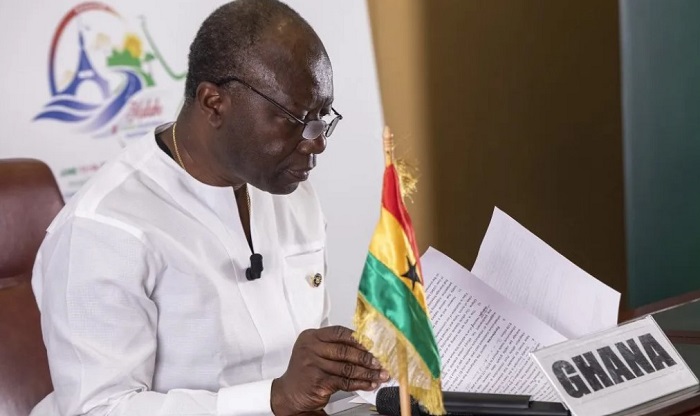 The New Patriotic Party (NPP)’s Council of Elders and the national leadership are set to meet members of the Majority caucus today, Tuesday, November 22, at 5pm.

The meeting to discuss the MPs demands for the sacking of Finance Minister, Ken Ofori-Atta and their subsequent threat to boycott the presentation of the 2023 Budget on Thursday is scheduled to take place at the Alisa Hotel in Accra, according to Myjoyonline sources.

There are agitations within the Majority caucus on who to present the 2023 Budget, slated for Thursday, November 24.

This follows calls by 98 of them for President Akufo-Addo to immediately sack Ken Ofori-Atta.

According to them, they have no confidence in the beleaguered minister.

According to the MP for Asante Akyem North, Andy Appiah-Kubi who has served as spokesperson for the non-conformist party MPs, the 98 MPs may boycott the budget reading should Mr Ofori-Atta be the one to present it.

“We’ve gone back to (our demand for the President to) sack him now and therefore should the budget be presented under the stamp of the Finance Minister, we’ll not participate because as far as we’re concerned, we’re never going to do business with him.”

Myjoyonline sources say the ominous threat to party cohesion, as well as government business, is at the core of the meeting, whose main objective will be to help address the issues raised for the smooth presentation of the budget so government business is not affected.

DISCLAIMER: The Views, Comments, Opinions, Contributions and Statements made by Readers and Contributors on this platform do not necessarily represent the views or policy of Multimedia Group Limited.
Tags:
2023 Budget
Finance Minister
Ken Ofori-Atta
Majority MPs
NPP
Parliament