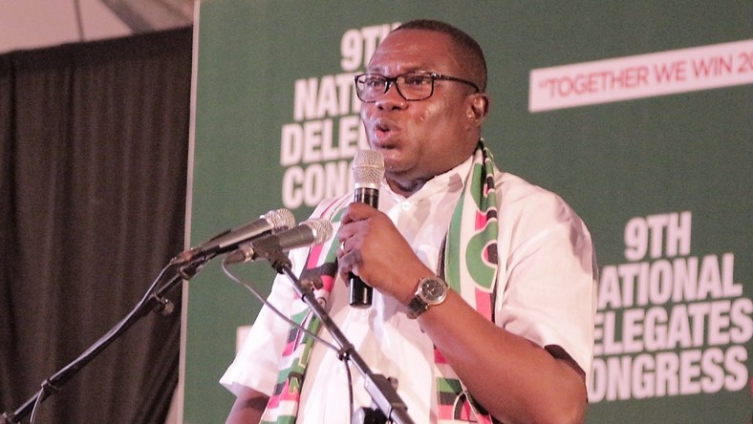 According to him, the team, whose potential was touted as ‘solid’, has evaporated like gas.

Speaking at a meeting with the Party’s regional chairmen in the Upper West Region over the weekend, he lamented the increasing cost of living in the country and blamed the situation on the incompetence of the ruling New Patriotic Party (NPP).

But in the NPP where they can mention the economic management team of Yaw Osafo Maafo and Alan Kyeremanten [and so on and so forth], today inflation has hit about 27%”, he said.

The National Chairman of the NDC also accused government of being insensitive to the plight of Ghanaians.

In his submission, he explained that, the current Akufo-Addo regime has turned a deaf ear to the complaint of hardship by citizens from all walks of life; stating that government can longer manage affairs effectively.

“The government seems to have lost control of the management of the economy. The country is virtually on autopilot now. Prices of goods and services have gotten out of hands.

“And we believe that as a government, in situations like this, you need to provide leadership and provide interventions that will let the people know that indeed the government has empathy for the people. But this is a government that is nonchalant. It’s showing that they don’t even care about what is happening”, he said.

The NDC National Chairman continued, “You get up in the morning to go and buy fuel [and] by the afternoon, the prices of fuel have increased. The cedi to dollar and other major currencies have been let loose and there seems to be no end in sight”.

He however assured that a new NDC government will work at ameliorating the sufferings of the masses.

“So the challenges that we are facing now call for deeper reflection and to look for an alternative that has the experience and the capability to manage the economy, you cannot look any further than the NDC”, he said.

Mr. Ofosu-Ampofo’s comments come at a time when hundreds of Ghanaians are continuously lamenting the high cost of living in the country.

This complaints have been triggered by the hike in petroleum prices, as well as the rising inflation.

Meanwhile, Member of Parliament for the Nhyiaeso Constituency, Dr Stephen Amoah has indicated that government is working around the clock to address the increasing cost of living in the country.

In his view, the country’s economic woes did not start today, hence, the need for a more collective approach to address the situation.

He also charged government to revise its expenditure patterns.