NRSA identifies accidents spots in Central Region, advises drivers to be extremely careful at such spots 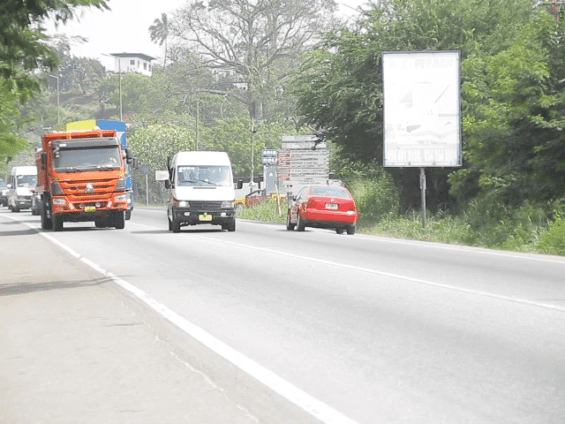 The National Road Safety Authority (NRSA) has identified areas and spots in the Central Region that record most of the region’s road crashes and want drivers to be extremely careful when they drive along such spots.

The Authority says in spite of several measures put in place to reduce the crashes, the road crashes keep occurring snuffing out many lives and injuring many in the process.

Central Regional head of the National Road Safety Authority, Linda Afotey Annan, tells joy news, even though the number of lives lost on the road and the number of injuries reduced this year compared to last year, the year witnessed an increase in more crashes, especially, on the Cape Coast -Accra Highway.

It’s that part of the year that the country’s roads become busier than normal. The traffic even becomes intense on the Cape Coast -Winneba – Accra Highway.

Central Regional Head of the National Roads Safety Authority, Linda Afotey Annan says the Authority has identified spots in the region that accounts for the high number of crashes.

She said: “Around Winneba, Apam, Esuenyia, Yamoransa and then we have the Komenda areas. Majority of the places I have mentioned are on the N1 stretch. And that’s why we say that the N1 is a place that we have to focus on because we have a lot of crashes there. This is because the road is very good and the tendency for vehicles to speed is high. “

Linda Afotey Annan further discussed the number of crashes and the number of deaths and injuries that have been recorded this year and appealed to drivers to be extremely careful on the road.

Madam Afotey Annan prevailed on drivers plying the road this Christmas season to be very careful and realize that the lives they carry are very precious not to their families alone but the entire nation.