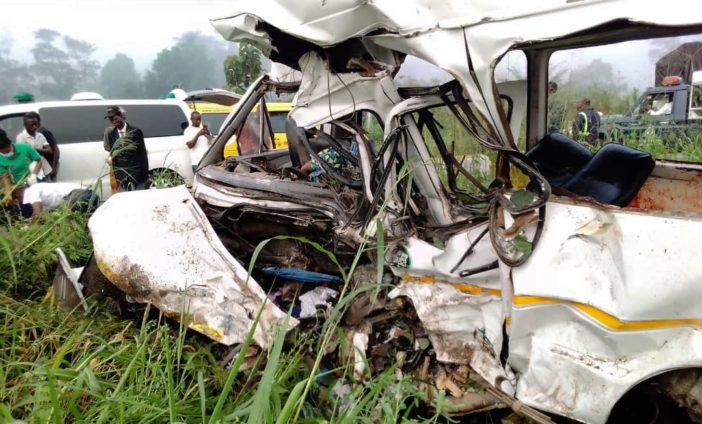 The National Road Safety Authority (NRSA) says it has intensified the enforcement of protocols for inter-city operators and drivers in the quest to minimise the spate of road crashes in the country.

This comes after a ghastly accident at Akomadan in the Ashanti region claimed the lives of six people, with others sustaining various degrees of injury.

On Monday, a bus travelling from Nandom in the Upper West region reportedly crashed into an abandoned vehicle at the Police checkpoint after the driver failed to apply the brakes because he was driving at top speed.

In a press release dated November 2, the Authority noted that speeding and driver fatigue are possible factors that led to the unfortunate incident, following preliminary investigations it conducted.

The NRSA has since commenced stricter adherence to road safety protocols by operators “including the use of vehicle logbooks as well as two drivers (relay driving) for journeys more than eight hours or 500 km.”

Meanwhile, the media has been implored to be circumspect in their reportage of road accident data “to avoid unnecessary apprehension among the travelling public.”

The death toll in a separate accident at Offinso-Abofour has risen to 20 after three more persons were confirmed dead on Tuesday.

Data from the Motor Traffic and Transport Department of the Ghana Police Service has revealed that the country recorded a 16.37% rise in road crashes for the first nine months of this year.

“The Authority wish to call on the police to intensify its speed enforcement programme, particularly on high-risk corridors and wish to appeal for public support for these enforcement actions for our good,” the two-paged press statement pleaded.