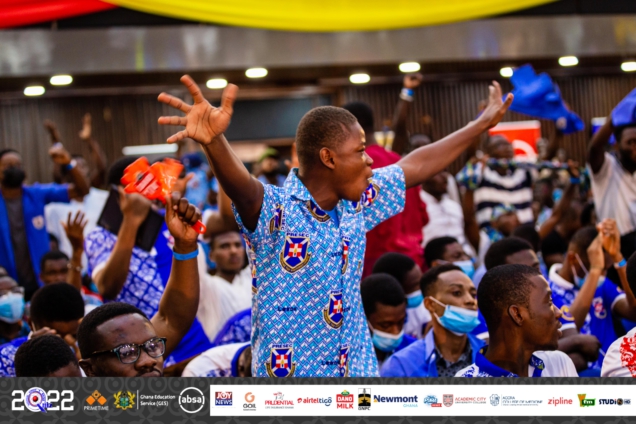 PRESEC Legon has attained a new feat and extended their record to seven trophies in the National Science and Maths Quiz (NSMQ).

Here are five facts from the championship:

The 2021 champions, Prempeh College were looking to successfully defend the title but their dreams were dashed in the dying moments of the grand finale after PRESEC Legon picked up three of four riddles to win the tie and the competition.

Thus, PRESEC’s record remains intact. They won the 2008 competition and successfully defended the title in 2009.

Since then, no school has successfully defended the NSMQ trophy.

All the girls’ schools were eliminated at the one-eighth stage of the 2022 competition.

This prevented any of them from earning a seeded spot for the 2023 competition.

For the first time since 2014, Wesley Girls’ High School will start their NSMQ campaign from the prelims next year. #NSMQ2022 #NSMQOneEighth #Primetime pic.twitter.com/Dz9gS8snY5

Wesley Girls SHS from Cape Coast who had hitherto been the torch bearer for girls’ schools in the competition suffered defeat at the hands of Mawuli School from Ho.

Only Wesley Girls SHS came close in 1999 when they made it to the final. They however lost to Mfantsipim School.

Only 11 schools have won the competition since its inception in 1994.

PRESEC stopped St James Seminary SHS in the semifinal after the latter looked like they would become the twelfth school to win it.

For now, the number remains eleven.

DISCLAIMER: The Views, Comments, Opinions, Contributions and Statements made by Readers and Contributors on this platform do not necessarily represent the views or policy of Multimedia Group Limited.
Tags:
NSMQ
NSMQ 2022
Presec