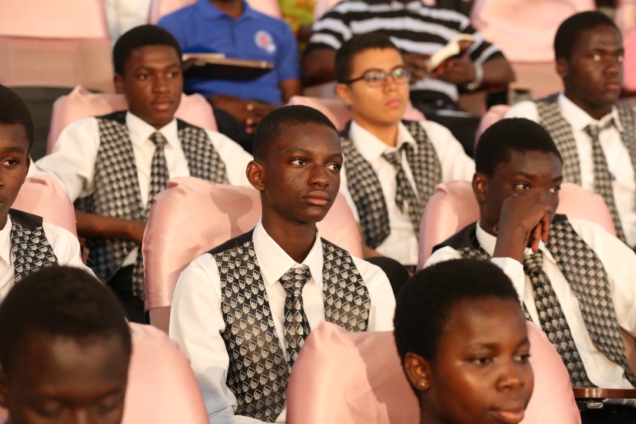 The Cape Coast giants dominated the entire contest, leaving no room for Accra-based Achimota or the Tamale-based school to cause an upset.

Achimota, despite failing to win the contest, also played second-fiddle to TISSEC, thus placed last after the five rounds.

The Monday evening loss spells more doom for Achimota School. Their performance in the Primetime competition in recent years is just a mismatch to their widely known status.

Perhaps, it is time to redefine the two-time champions instead of classifying them based on past glories.

Achimota School will once again begin their next campaign in the NSMQ from the regional qualifiers while Augusco maintains their seeded spot.

The contest itself, though mathematically decided in the final round, was always Augusco’s to lose.

Saarah-Mensah: Problem of the Day;

And they did not allow that, swinging at full length from start to finish, earning the NSMQ star in the process—a prize money given to any team which scores a perfect score in Round Three.

Saarah-Mensah: All 3 schools earn the @PruLifeGhana NSMQ Star for a perfect score of 10/10 in Round 3 👏🏿

The two other schools did match that feat but they are eliminated nonetheless.

The 2022 National Science and Maths Quiz is produced by Primetime Limited and sponsored by the Ghana Education Service in partnership with Absa Ghana. It is supported by GOIL, Prudential Life Insurance, AirtelTigo, Dano Milk, Newmont, Accra College of Medicine, Academic City University College and YFM.

DISCLAIMER: The Views, Comments, Opinions, Contributions and Statements made by Readers and Contributors on this platform do not necessarily represent the views or policy of Multimedia Group Limited.
Tags:
Achimota School
Augusco
St Augustine's College