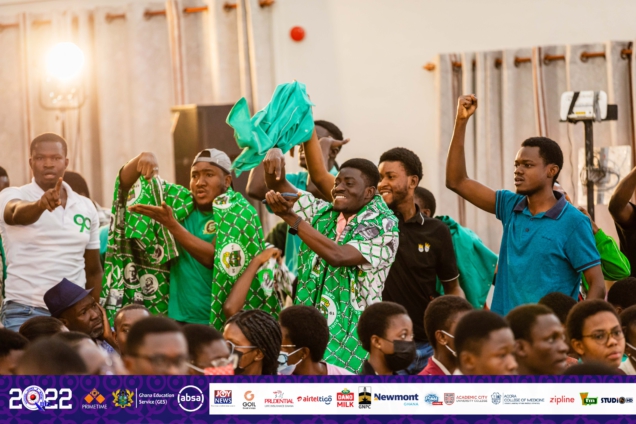 St Augustine’s College has qualified for the semifinals of the ongoing National Science and Maths Quiz (NSMQ) after a strong showing on Friday.

The Cape Coast giants shrugged off city rivals Ghana National College and Osei Tutu SHS based in Kumasi in the morning’s tie.

Despite a good performance from both challengers, Augusco’s masterclass proved that sometimes, good is just not enough.

They dominated the contest from Round Two to Round Five after struggling with the other schools for supremacy in the opening round.

Osei Tutu asked for Harvard, but they got AUGUSCO.
Better luck next time, Abrempong; you did well. #NSMQ2022 #NSMQQuarters #Primetime pic.twitter.com/mEhfrXUFvf

After earning as high as 67 points at the end of the contest, the team from St. Augustine’s will fancy their chance of claiming the cash prize of GH¢3,000 for the earning highest points of the day.

“But best of all,” in the words of Quiz Mistress, Prof. Elsie Effah Kaufmann is that they have qualified for the semifinal.

They could face off with Adisadel College — if the black and white-clad boys win their own contest — for the bragging rights in Cape Coast.