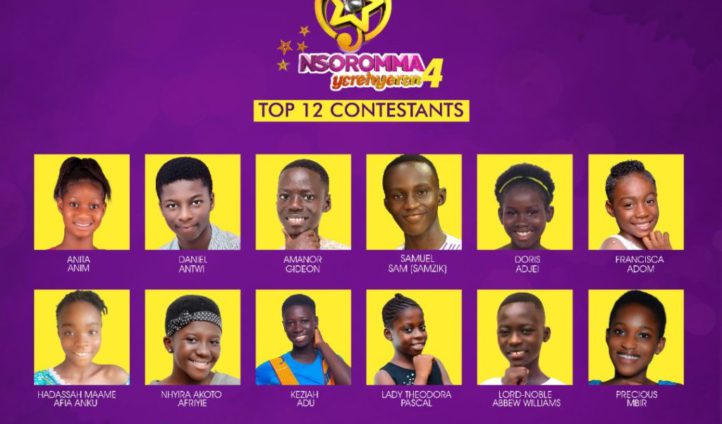 Final contestants for season 4 of Adom TV’s highlife music talent reality show for children between the ages of 8 and 13, Nsoromma, have been unveiled.

Thirty (30) contestants were selected by the judges, Akosua Agyapong and Akwaboah, to compete for the top twelve after a tough nationwide audition.

After three weeks of competitive, yet captivating performances from the 30 contestants who battled their way out to make it to the main competition, twelve have been selected to begin the show.

The twelve contestants selected comprise 4 boys and 8 girls who are between the ages of 7 and 13 years.

The lucky contestants are ready and poised to thrill both judges and the audience in the coming weeks.

The show is set to witness the first performance of its top 12 contestants this Sunday, 16th January, 2022 at the fantasy dome, Trade Fair.