NUGS election in limbo as institutions pull out of "contemptuous" Congress - MyJoyOnline.com

NUGS election in limbo as institutions pull out of “contemptuous” Congress 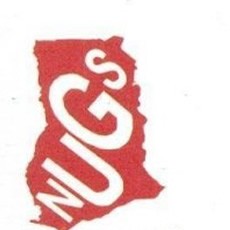 Controversy is brewing over ongoing process to elect new executive officers for the National Union of Ghana Students (NUGS), as many of the member institutions have announced their decision not to participate in a scheduled emergency Congress.

They say the election, which has been slated for today, Thursday October, 11, 2013 at the University of Education, Winneba, is contemptuous to a court case challenging the eligibility of one of the candidates, Abert Kwabena Dwumfuor.

A student from Zenith College filed a suit at the High Court on October 3, 2013, claiming that Mr. Dwumfuor is not qualified to contest for the position of NUGS president and has therefore prayed the court to disqualify him. Hearing of the case has been adjourned to Monday, October, 14, 2013.

A release issued by Benjamin Essuman, President of the Students Representatives Council from the Ghana Institute of Public Administration (GIMPA) stated: "As intellectuals and law abiding citizens, we are in no mood to disrespect the NUGS Constitution or violate the processes currently ongoing in the High Court, Accra".

"We encourage colleague member institutions to send a clear message out to there to defend the names of their institutions from being connected to such an illegality of an election".

Another release from the University of Ghana (UG) said: "For us, this is not only reminiscent of an administrative indiscipline, but speaks volumes about how low we see one another in the high service to students. Pari passu, we are highly disappointed in the seeming bona vacantia status of our Union and we fall slightly short of declaring a secession from our mother Union, only because of a strong commitment to the cause of posterity."

Other institutions that have announced their decision to pull out of the Congress include: University of Energy and Natural Resources (UENR), Ghana Institute of Journalism (GIJ), Africa University College of Communication (AUCC), Central University College (CUC) and Zenith College.

The University Students Association of Ghana (USAG) has also withdrawn its delegates from attending the Congress.

Latest informatin indicate that Mr. Albert Dwumfuor is yet to make his mind regarding his participation in the Congress as his lawyers had not given him the go ahead. As at Thursday afternoon when he was reached on phone, Mr. Dwumfuor was still in Accra.

He told Myjoyonline.com that his lawyers had advised him not to attend the event since there was a case pending in Court against him.