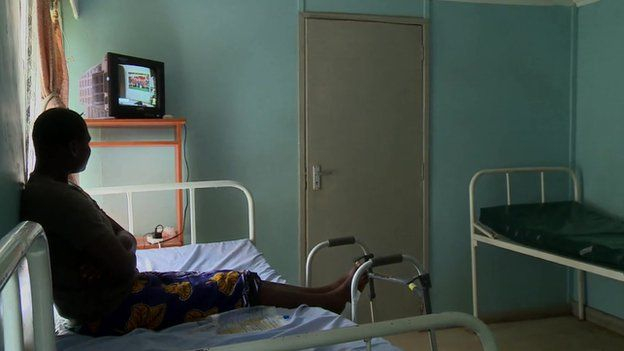 Police in the Northern Region have arrested a nurse at the Damango Government Hospital for allegedly raping a European tourist who was on admission at the facility.

Ernest Green, 28, is being held for allegedly raping the patient who came to the facility to seek malaria treatment last Friday.

The tourist, who is also a social worker, had visited the Mole National Park last Wednesday from her Volta Region base when she took ill and was rushed to the hospital.

Public Relations Officer of the Northern Region Police command, ASP Yussif Tanko, who confirmed the story to Joy News' said the incident occurred in a private ward of the hospital.

Police said the Mr Green asked the victim if she would prefer a private ward when she was checked in but she opted for the sideward because of her condition.

The tourist told the police that the suspect frequented her ward many times before the rape incident.

Mr Green sensed the victim's discomfort with the frequent visits and asked her to relax.

According to the victim, on the day she was raped, she came back from the washroom very weak, because she was suffering from a running stomach, to meet the Mr Green in her room.

She said because of her condition she could not get onto the bed, and hence reluctantly accepted Mr Green's help.

The police say the suspect after helping the victim onto the bed sat by her side, started fondling her breast and eventually had unprotected sex with her.

The victim later lodged a complaint at the Damongo Police Station leading to Mr Green's arrest.

Mr Green in his statement to the police denied the allegations.

According to ASP Yussif Mohammed Tanko, the Northern Regional headquarters of the police Criminal Investigations Department (CID) has taken over the investigation.

Some tests have been conducted and a team of investigators would be dispatched to the crime scene Monday, he added.

The police PRO said a provisional rape charge has been proffered against the Mr Green.

The suspect is set to appear in court tomorrow.