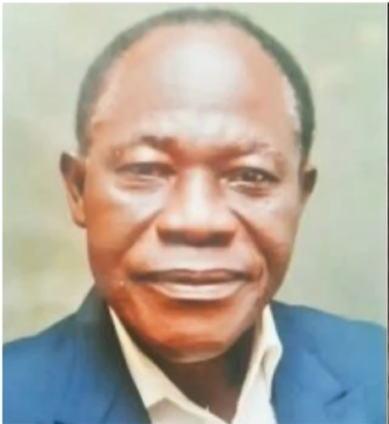 A monarchical historian at the Manhyia Palace, Osei-Bonsu Sarfo-Kantanka, has accused the leader of the United Progressive Party (UPP), Akwasi Addai ‘Odike’, of staging an attack on himself following his unsavoury remarks.

According to the historian, the politician deliberately inflicted a self-attack in a possible attempt to court public sympathy after what he said against the chiefs.

Speaking in an interview with Benjamin Akakpo on the AM Show on Monday, Mr Sarfo-Kantanka noted that the reported incident of assault at Odike’s party office was not masterminded by the Manhyia Palace.

Calling for such assertions to be dismissed, he insisted that the UPP leader is guilty of a possible self-injury propaganda.

“Why would people say that Odike’s office was attacked by command from Manhyia? It was not. I strongly believe that ‘Odike’ staged a drama. So he is the first suspect. I am confident. Until it has been proven that he did not stage a drama, it is a drama”, he stressed.

He continued, “I think it was staged. And ‘Odike’ could easily do that. So ‘Odike’ as a matter of fact should be the first suspect. He himself is a suspect”.

It would be recalled that armed men allegedly attacked the Founder and Leader of the United Progressive Party (UPP), Akwasi Addai ‘Odike’ in his office at Patase in Kumasi on Monday, 22nd August 2022.

Cars parked in front of the office were vandalised.

The gunmen allegedly rushed to the office of the former presidential aspirant at about 4:30pm, shooting randomly.

A member of Odike’s team, Francis, claimed the gunmen ordered staff in the office to lie down, assaulted them physically and ransacked the office.

Speculations then became rife that the attack was in connection with his comments on Kumasi-based Oyerepa FM, where he accused the Manhyia Palace for failing to clamp down on illegal mining in the region.

But discounting these perceptions, Mr. Sarfo-Kantanka said the chieftaincy institution has been relegated to the background in recent times.

He therefore called for chiefs and traditional rulers to be accorded more respect in the governance of the country.

DISCLAIMER: The Views, Comments, Opinions, Contributions and Statements made by Readers and Contributors on this platform do not necessarily represent the views or policy of Multimedia Group Limited.
Tags:
Manhyia Palace
Osei-Bonsu Sarfo-Kantanka
Oyerepa FM