Ofori-Atta, Adu Boahen have been incompetent – Adongo on Majority’s demand for their removal 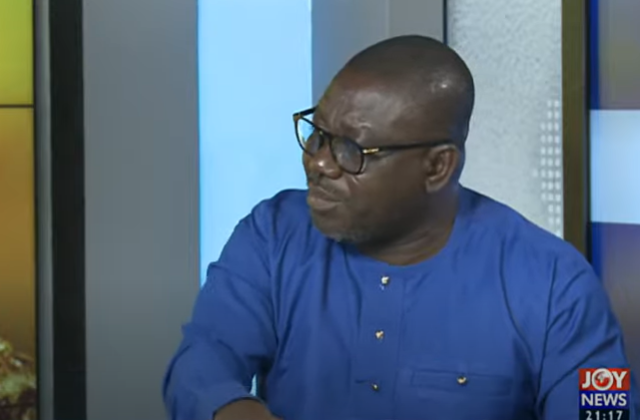 Bolgatanga Central MP, Isaac Adongo says the demand by the Majority caucus for the sacking of Finance Minister, Ken Ofori-Atta, and the Minister of State at the Ministry, Charles Adu Boahen is long overdue.

According to him, the two have been incompetent since their appointment.

Addressing the press in Parliament shortly after the Majority Caucus’ demand, the member of Parliament’s Finance Committee said the pair benefited at the country’s expense.

“The two have opened their businesses to the detriment of the management of the state’s finances.”

Mr Adongo also called for the head of the Governor of the Bank of Ghana, Mr. Ernest Addison, insisting that Mr Addison is equally incompetent and should step aside.

“This is a man who has failed to come to Parliament for the past 3 years in violation of his own law. He was supposed to report to us every 6 months to update us on our forex developments, but does not show up. And he goes around calling others for meetings. He should have resigned by now.”

“Exchange rates do not respond to meetings. They have a lot to do with the lack of liquidity in the market. The exchange rate we have now is a result of the incompetence we are seeing.”

Meanwhile, the legislator said Dr Mark Assibey Yeboah should be made to head the Finance Ministry.

According to him, Dr Assibey has the competence to lead the Ministry.

“Ken was never in competition when it comes to competence. Everyone knows Mark Assibey Yeboah is an excellent brain. He has no business interest. Why such a person is sitting at home, beats my imagination.”

DISCLAIMER: The Views, Comments, Opinions, Contributions and Statements made by Readers and Contributors on this platform do not necessarily represent the views or policy of Multimedia Group Limited.
Tags:
Adongo
Akufo-Addo
Charles Adu Boahen
Ken Ofori-Atta
Majority caucus