Ofori-Atta should tone down appetite for borrowing – Economist 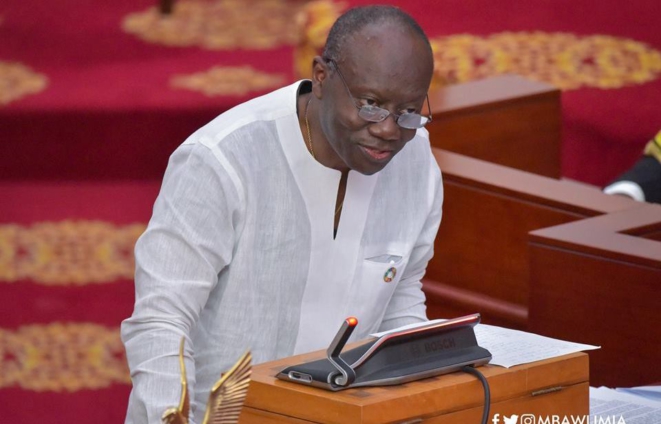 An Economist and Finance Lecturer, Dr Lord Mensah, says he expects the Finance Minister to be moderate in borrowing in the second half of the year.

Ken Ofori-Atta Thursday presented the Mid-Year budget review to Parliament in accordance with Section 28 of the Public Financial Management Act, 2016 (Act 921), which mandates the Ministry to undertake the presentation not later than July 31, of each financial year.

“In this second half, I’m expecting the Finance Minister to tone down his appetite for borrowing,” he said on Thursday.

Speaking on JoyNews’ AM Show with Mamavi Owusu-Aboagye, Dr Lord Mensah said the country’s past trajectory in borrowing calls for concern as the debt keeps accumulating.

He noted that Ghana should not have deviated completely from the budget deficit of five per cent Gross Domestic Product (GDP) conditions suggested by the International Monetary Fund (IMF).

“When we went to the IMF, they gave us certain conditions. But suddenly, immediately after we moved out of the IMF, we started increasing our budget deficit, causing the borrowing.

“I think going forward; I expect the Finance Minister to slow down because there was a reason why the IMF gave out that five per cent discipline, and we could have kept that for some years,” he told Mamavi.

He said after the country deviated from the IMF directive, it suddenly “jumped around 11 per cent” recalling that “in the last budget that was read in November which we were expecting some downward trend, it even came to 9.5 per cent and that is where the borrowing is.”

The economist, therefore, suggested that “we should go back to our drawing board, commission a certain kind of review from 2007 that we became active on our borrowing, both domestic and international”, and access the funds that have come in.

He, however, stated that “ I appreciate the fact that most of the time that we go about borrowing, we borrow to defray the existing debt”, but noted that it also ends up adding to the rest of the fund in the country’s coffers.

“So let’s go back to the drawing board and look at the structures that we have, whether it can really stand by itself or we should freeze borrowing and allow those assets to generate cash flows early to pay for those debts.”

Dr Mensah also noted that the country’s revenue collection outline compared to that of interest payments, indicated “about 35 billion and over” for interest payment alone.

“If you combine our grants, all those VATs that we collect, including even our oil revenue, it will not catch up with that 35 billion interest payment.”

He said with the existence of the Covid-19 Delta variant and a third wave, “any prudent management at this level will personalise the budget and ensure that we tone down our borrowing so that we can stay afloat.”

“So I want the Finance Minister to tone down the borrowing,” Dr Mensah stressed.