Ofori-Atta still in office because of his surname – Murtala Mohammed 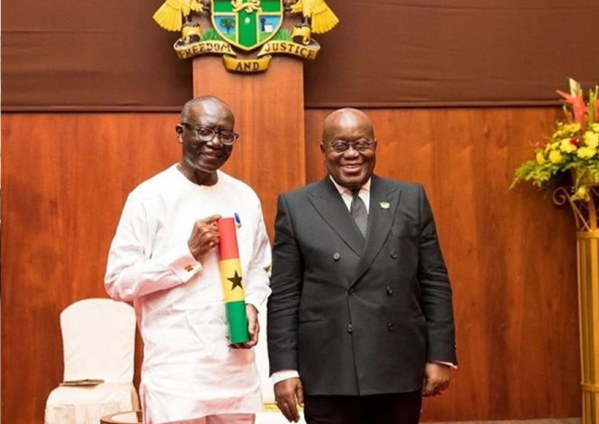 According to him, the performance of the Minister since he was appointed to office has been nothing to write home about.

He stated that the only reason he was still at post was due to his familial affiliation with the President and nothing else. Ken Ofori-Atta is a cousin to President Akufo-Addo.

Speaking on JoyNews’ PM Express, he said, “I have said on this your programme and many other programmes that the reason why Ken Ofori-Atta is still the Minister of Finance is because he uses Ofori-Atta. There is no positive story you can tell about this man as the Minister for Finance. Tell me one, one single story.”

His comment follows calls from some 80 New Patriotic Party MPs for the immediate dismissal of the Finance Minister.

According to them, the continuous stay of Ken Ofori-Atta in office was delaying the IMF bailout the country is seeking due to the fact that the Minister has lost all credibility.

They have thus petitioned the President to either remove him or face a boycott in Parliament.

Reacting to the move by the NPP MPs, Murtala Mohammed noted that although calls for the Minister’s removal are justified, it was not enough if the President remains in office.

He said the President and his vice have both lost their credibility and thus should be removed as well.

“No fish will rot except that the rotting will start from the head. If the justification for they calling for the removal of Mr. Ken Ofori-Atta, which already was our position, is credibility, for your information, the President himself has lost the credibility.

“If credibility is the yardstick to determine whether someone should govern, the President has lost it completely. Why? You made reference to the United Kingdom, perhaps they want to get the Minister of Finance and after that the President himself must go,” he said.

“If there was anybody within the NPP who understood the real economic position of this country at the time it was Dr. Akoto Osei because he was the Ranking Member for 8 years. He had been a Minister of State. The President didn’t appoint him because he’s not a family member.”

DISCLAIMER: The Views, Comments, Opinions, Contributions and Statements made by Readers and Contributors on this platform do not necessarily represent the views or policy of Multimedia Group Limited.
Tags:
Ken Ofori-Atta
Murtala Mohammed