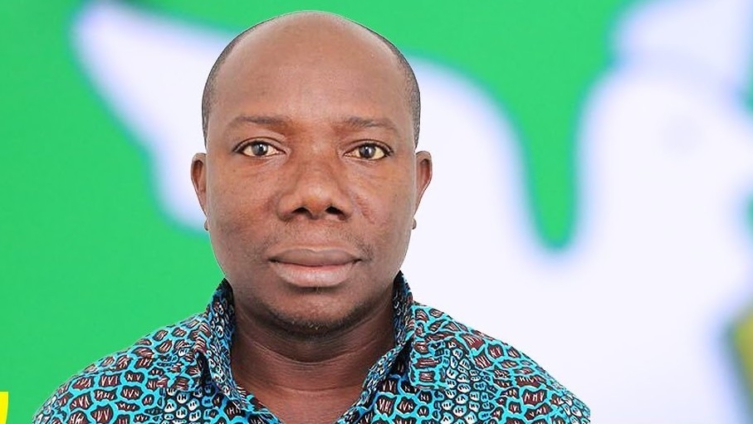 Director of Elections and Research for the New Patriotic Party (NPP), Evans Nimako

His comment follows a press conference by the NDC where they expressed their reservations about the newly proposed CI by the EC which seeks to use the Ghana Card as the sole identification material for voters’ registration in the upcoming 2024 General Elections and beyond.

The EC has argued that the use of the Ghana Card as the sole source of identification for the continuous voters’ registration exercise is the surest way to rid the electoral register of minors and foreigners.

However, the NDC is convinced the use of the Ghana Card in such a manner will disenfranchise the millions of Ghanaians who are yet to either register for the card or receive theirs from the National Identification Authority (NIA).

The NDC has thus called on the EC to abandon the newly proposed C.I. as it is yet to be put before Parliament.

Reacting to the NDC’s sentiments, Evans Nimako stated that the concerns raised by the NDC are unfounded and merely an attempt to attract attention to themselves.

Speaking on JoyNews’ PM Express, he said, “I will start by saying the good old Reverend Ofosu Ampofo has misfired. It appears to me that he really has difficulty appreciating the new CI that is about to come. The NDC really wants unnecessary attention, they won’t have it. The issue he raised does not have foundation and we just have to look at the record.”

According to him, the statistics from the 2020 voters’ registration exercise tells a very different story from what the NDC is telling Ghanaians concerning the usage of the Ghana Card in registration.

“The new CI that is to come from discussions we’ve had at the IPAC level is supposed to ensure the operationalization of the continuous registration in our books. We’ve had before the 2020 elections EC conducting mass registration exercise that got as many as 17,029,986 people being registered.

“Of that number, as many as 60.09% used the Ghana Card. About 6.4million people used the guarantor system and a little of 1.92 million used the passport to register. And so even before the CI 91 being amended to CI 126, the NDC went to court. They challenged it, and they lost.

“And if you check the history of the NDC, any time the EC would want to introduce a new form of the voting management system, they disagree. But we heard in 2014, the ruling in Abu Ramadan, Evans Nimako vs the Electoral Commission and how the court directed the EC.

“And so for NDC to have their national chairman supported by some of the elders to come out for the world to hear of them and gave us an appreciation of something they lack knowledge of, it’s serious,” he said.

Meanwhile, he has assured that persons who have already been captured on the electoral roll and had not registered using the Ghana Card will not have their names removed from the roll.

DISCLAIMER: The Views, Comments, Opinions, Contributions and Statements made by Readers and Contributors on this platform do not necessarily represent the views or policy of Multimedia Group Limited.
Tags:
Evans Nimako
Ghana Card
Samuel Ofosu Ampofo