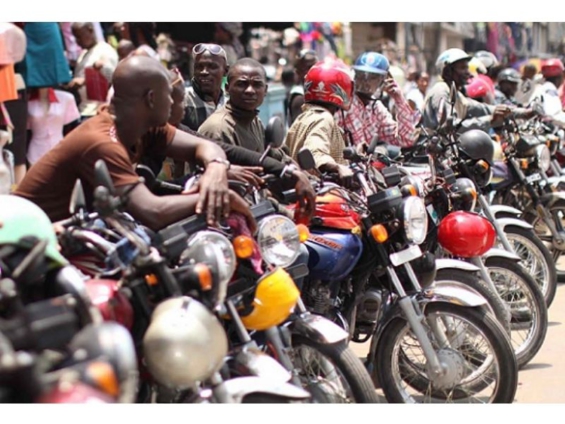 He said Ghana can regulate the operations of such okada operators to ensure that the high crashes often caused by some of them on the highways, is reduced drastically to make the roads safe, especially for pedestrians.

Mr Afriford said this at the Ghana News Agency-Tema Office and MTTD Accident Prevention Campaign platform, which is aimed at promoting adherence to road safety measures among road users.

He stated that as a participant in a stakeholder meeting hosted by the Ministry of Transport in 2016, to look at the best ways to regulate their operations, they took them to Rwanda to understudy ‘okada operations there.

He revealed that “we observed that in Rwanda, you won’t see ‘okada’ on major highways, they only take the people from the rural areas to a place they can get transport but not on the highways”.

According to him, authorities and the Motor Transport and Traffic Department (MTTD) are not against ‘okada’ operators, but there was the need for their activities to be regulated, stressing that “if we are able to regulate them properly, we can control them and allow them to operate within the peri-urban areas instead of the urban areas we see them.”

Mr Afriford said even though a motorbike is a means of transport, riders must have a license and must wear protective gear including helmets, adding that pillion riders must also be protected when they board the motorbikes.

He also reminded the public that tricycles, popularly known in Ghana as ‘aboboyaa’ were only for the carrying of loads, not humans as pertains in the country, where people, including children are seen in the bucket of such tricycles.

Mr. Francis Ameyibor, Tema Regional Manager of the Ghana News Agency, on his part, said the GNA-Tema Office and Tema MTTD road safety project seeks to create continuous awareness and advocacy on the need for road users to be cautious on the road to avoid accidents. They also use stakeholders to reach out to their peers and followers to sensitize them on road safety-related issues.

He said there is the need for stakeholders who understand the statistics of road crashes to engage the public, especially drivers and other road users on the staggering figures of crashes.