On the Sahara Dispute, the American proclamation brings us closer to a solution - MyJoyOnline.com

On the Sahara Dispute, the American proclamation brings us closer to a solution 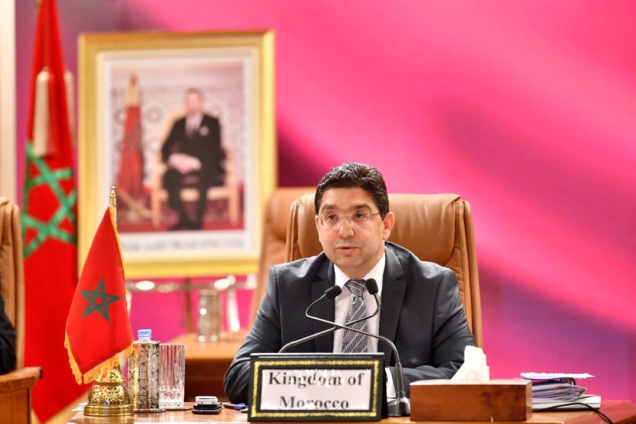 The United States of America’s decision to recognize Morocco’s full and entire sovereignty over its Sahara, in addition to its unequivocal support for the Moroccan initiative for Autonomy has surprised some and comforted many others.

The weight of this decision lies first in its author: a global power, permanent member of the UN Security Council, strategic ally of Morocco, with a constant friendship, rooted in history and oriented towards the future, consolidated throughout the different American Administrations with His Majesty King Mohammed VI.

The American decision must be measured, above all, by the opportunity it offers to find a sustainable solution to the Sahara dispute, which has lasted too long, a sine qua non condition for peace and security in the Southern Mediterranean and the Sahel regions.

In this dispute, two visions are opposed: on one hand, Morocco’s vision, led by His Majesty the King who continues to invest massively in a better future for everyone, with more than 7 billion dollars in the past 10 years only in the Saharan provinces, with the conviction that the populations should never be hostage of a stagnant political process. And, on the other hand, the other parties, who support the status quo, preventing regional economic integration, threatening regional security and ignoring the humanitarian consequences arising from their choices.

It is in light of these elements that the US Administration decision inaugurates a new momentum in favor of a realistic and lasting political solution, within the framework of Autonomy, which provides for expanded self-governance and allows the region’s inhabitants to democratically manage their social, economic, and political affairs under Moroccan sovereignty.

The United States is well aware of the genesis and evolution of the Sahara issue, its dynamics and its challenges. In fact, the idea of an advanced Autonomy Plan as an ultimate face-saving solution was born out of extended consultations between our government, under the leadership of HM King Mohammed VI, and the Clinton administration. Every US Administration since has consistently affirmed its support for this political solution.

The Presidential Proclamation of the Trump Administration has only explicitly stated the US support during the last 20 years.

Beyond public and supportive political statements, the United States has made its financial aid to Morocco and since 2015, available to Morocco’s Southern provinces. Likewise, the trade agreements signed between Morocco and the European Union cover the Moroccan Sahara.

The American Proclamation is also in line with the evolution of the issue in the United Nations. First through the statements of many former UN envoys who have asserted that the “independence of the Sahara” is not a realistic option. Second, the last 17 resolutions of the Security Council have enshrined a clear doctrine, calling for a “realistic, pragmatic and lasting political solution”, while describing Morocco’s efforts as “serious and credible”.

As His Majesty the King reaffirmed to the UN Secretary General, Mr. António Guterres, on November 16th 2020, Morocco remains engaged in the political process conducted under the exclusive aegis of the United Nations, on the basis of clear parameters involving the real stakeholders.

It is essential to stress that the political process is not an end in itself. It’s a path. Those who believe that they are upsetting Morocco by opposing its autonomy initiative are only serving a dead end and are in reality opposing the sole promise of a solution without a winner or a loser, and which is creating a momentum within the international community.

This support was reiterated lately during a Ministerial Conference initiated by Morocco and the United States with the participation of 42 countries which reasserted their support for Autonomy under Moroccan sovereignty. From our perspective, the US announcement to join 20 UN Member States which already have made the sovereign decision to open consular representations in the Saharan provinces—will not only mean operationalize their recognition of the ‘Moroccanness’ of the Sahara region, but will also promote economic integration and prosperity in the region.

By signing last December, along with the US and Israel, the Trilateral Declaration which includes the American Presidential Proclamation on the Sahara, Morocco sealed a commitment to a virtuous package, at the service of peace in the Maghreb and the Middle East. Today, we should seize this opportunity for constructive actions towards the only realistic, fair and sustainable horizon.