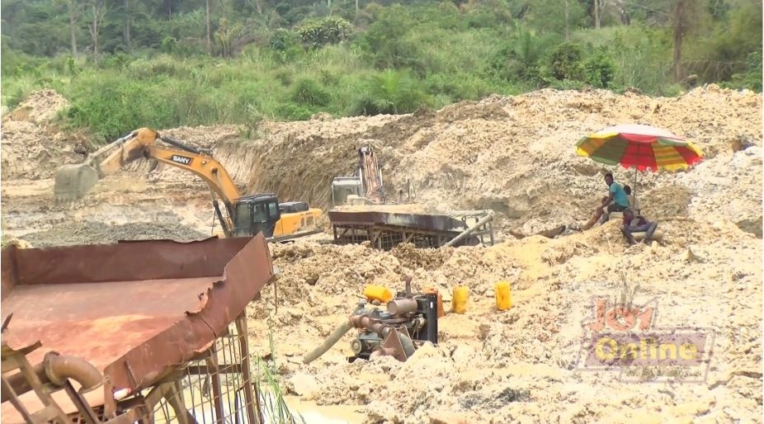 The Association insists only a concerted effort can help the government to end the menace.

According to the President of the Concerned Small Scale Miners Association, Michael Peprah, Ghanaians will believe and support the fight if government officials involved in the illegality are held accountable.

“We believe that the fight can only be won if we decentralise the fight to the district level, and a lot of DCEs have come out to be accomplices in this galamsey problem.”

“It is not going to be easy, but I don’t believe in words. No matter what it is, we can still salvage the problem,” he said.

President Akufo-Addo on Wednesday [October 5] held closed-door meetings with the National House of Chiefs and Metropolitan, Municipal, and District Chief Executives over the canker.

He also assured that he will not shield any appointee found culpable.

“I am not here to threaten anybody, but I want you to know that this is a struggle that I take very seriously and I will not be in a position to protect anybody against who evidence is brought up about their complicity in this matter…I am a lawyer and I always deal with facts and when the facts are brought against you, you will be invited to comment on them.

DISCLAIMER: The Views, Comments, Opinions, Contributions and Statements made by Readers and Contributors on this platform do not necessarily represent the views or policy of Multimedia Group Limited.
Tags:
Akufo-Addo
Galamsey
Government
Small Scale Miners Association