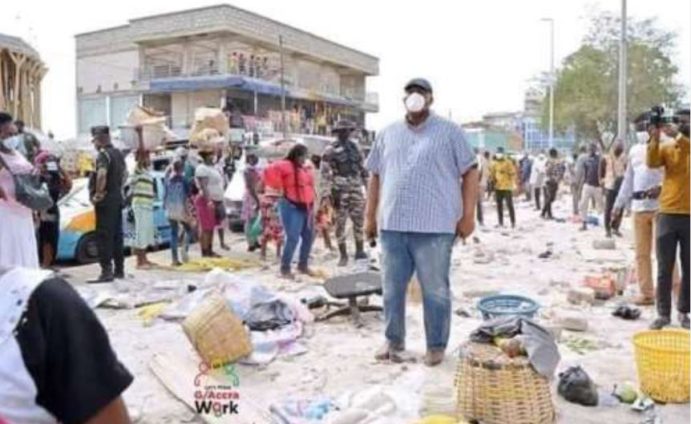 Over 15 people have been issued summons to appear before the Ablekuman North Municipal Assembly for failing to clean their immediate environment.

The Municipal Chief Executive of the Ablekuma North, Kofi Ofori led the group of Sanitation officers to inspect the Municipality.

This exercise is the pilot programme of ‘Operation Clean Your Frontage’ launched by government.

The ‘Operation Clean Your Frontage’ policy seeks to make it obligatory for all individuals and corporate entities to be responsible for the cleaning and greening of their immediate surroundings.

A shop owner, George Awuah who was issued a summon argued with the Assembly.

According to Mr Awuah, it is not his job to clean the streets, therefore, he cannot be summoned for failing to do so.

But the Assembly responding to Mr Awuah’s comment said ignorance of the bye-law will not be tolerated when the policy is implemented.

“We’ve given them about a week to clear the place. Those who will be free are those who would be complying with rules but those who would not, we will take those ones to court,” he said.