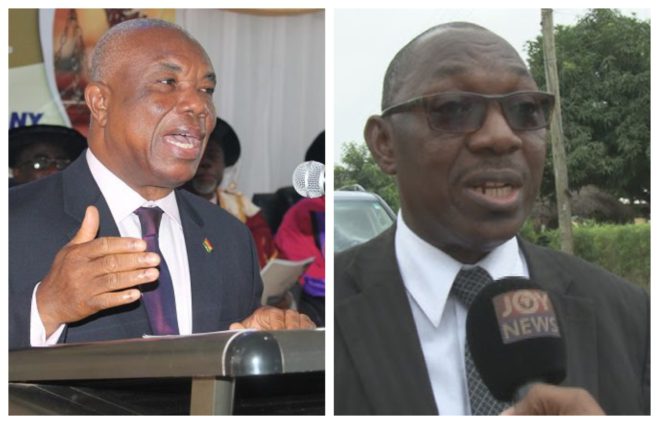 The Supreme Court has in two separate rulings dismissed the claims of bias and compromise against two justices of the Court, Jones Dotse and Clemence Jackson Honyenuga.

The claims were made by lawyers of former COCOBOD CEO, Dr. Stephen Opuni and businessman, Seidu Agongo.

When the Court convened on Tuesday, October 26, 2021, there were two issues before it. First, the Attorney General, Godfred Dame was praying the apex Court to set aside its majority ruling on July 28, which disallowed one of its justices, Justice Honyenuga from sitting as a trial judge in the case involving Dr. Opuni and Seidu Agongo, on the basis of bias.

The second issue was an allegation by lawyers of Dr. Opuni, challenging the neutrality of Justice Jones Dotse to hear the review application filed by the Attorney General.

The Court upheld the objection and barred the Attorney General from arguing in Court. As a result, he was represented by colleague lawyers who accompanied him to court. Thereafter, the panel proceeded to determine the two substantive issues accordingly.

On the allegations of bias against Justice Jones Dotse, the Court presided by Justice Gabriel Pwamang, held that there was no substantial evidence to impugn the integrity of Justice Jones Dotse and bar him from sitting on the case involving the review application filed by the Attorney General.

According to the three-member panel, even though Justice Dotse had recent interactions with the Attorney General, there was no incriminating evidence to question his neutrality. The Court subsequently dismissed the claims against Justice Dotse.

After Justice Pwamang gave the ruling, Justice Dotse assumed his seat as the presiding judge in the review application by the Attorney General. In a ruling delivered by him, the Court upheld the review application and cleared Justice Honyenuga to sit on the trial involving the former COCOBOD CEO and businessman, Seidu Agongo.

Dr. Opuni, Mr. Agongo and AgriCult Ghana Company Limited are facing 27 charges of willfully causing financial loss of GHS217 million to the state, through separate fertilizer supply contracts between 2014 and 2016.

DISCLAIMER: The Views, Comments, Opinions, Contributions and Statements made by Readers and Contributors on this platform do not necessarily represent the views or policy of Multimedia Group Limited.
Tags:
Dr. Stephen Opuni
Jones Dotse
Justice Clemence Jackson Honyenuga
Opuni Trial