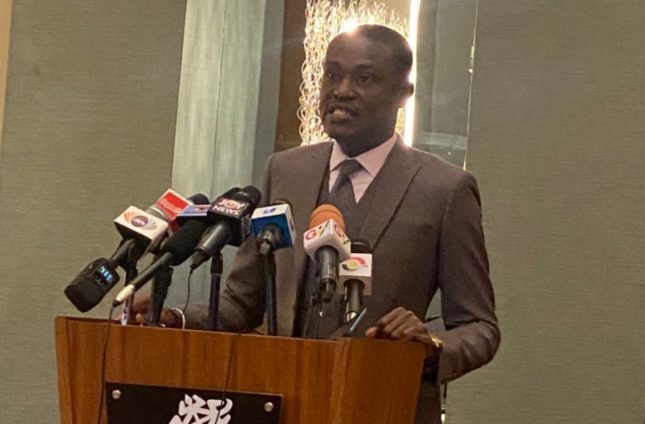 The Office of the Special Prosecutor (OSP) will, from January 2022, begin to assess public agencies and entities on perceived levels of corruption.

This was revealed by the Special Prosecutor, Kissi Agyebeng, on the commemoration of the International Anti-Corruption Day at the Kempinski Hotel on Thursday, December 9, 2021.

He explained that the move to rank public agencies against each other on a corruption barometer forms part of the OSP’s pressure-for-progress drive, under which an Annual Ghana Corruption League Table will be instituted.

For each year, the results of the corruption findings will be publicised on December 9, adding that the assessment will be conducted in the estimation of experts and business people.

“The OSP would also require all public institutions, departments, agencies, and companies to prepare and submit Integrity Plans intended at assessing deficiencies in their regulations, procedures, policies, guidelines, administration instructions and internal control mechanisms to determine their vulnerability and exposure to corrupt practices and the prescription of curative measures to manage such susceptibility to corruption and corruption-related offences,” Mr Agyebeng noted.

He further added that the “OSP would carry out anti-corruption risk assessment and review of all major public contracts, legislation and draft legislation.”

“This is intended to avoid toxic deals and the prevalence of judgment debts and arbitral awards. I am setting up internal control mechanisms to prevent corruption at the OSP itself,” he indicated.

Mr Kissi Agyebeng revealed that his Office is currently investigating some 31 corruption and corruption-related cases.

The Office of the Special Prosecutor (OSP) has completed a review of all the alleged cases of corruption and corruption-related offences before it.

He noted that in due course, the OSP “will commence the prosecution in the courts of the cases it considers probatively strong.”

“We will carry on the renewed fervour during my tenure in office…As the institution specifically tasked with taking steps to prevent corruption, I resolve that in the coming year, the OSP will institute and strengthen measures to prevent, suppress and repress corruption more efficiently and effectively than has ever been done in this Republic.”

“This should portend hope that Ghana is taking concrete steps to drive down the incidence of corruption,” the Special Prosecutor said.

He used the platform to urge members of the general public to renew their minds and desist from corrupt activities that go a long way to have adverse effects on the economy.

He also encouraged them to provide information on transactions carried out by corrupt individuals.