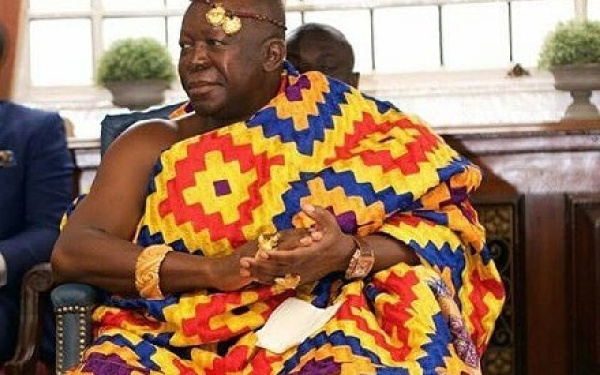 The Asantehene Otumfuo Osei Tutu II has charged the Housing Minister, Francis Asenso-Boakye, to make history by fixing the poor drainage systems in cities so as to prevent recurrent flooding.

The Ashanti overlord observed that many governments over the years have looked on unconcerned when the subject of flooding is raised hence little has been done to improve sewage and drainage systems.

“In the past, former President Busia attempted fixing the drainage system but he was overthrown. If we don’t do this, the investment made on roads will go to waste.

“It is a duty we have assigned to you and we know with your team you will solve it. If you are able to fix it, it becomes a legacy,” the Asantehene said.

Otumfuo Osei Tutu II said the way floods pose a threat to the property, home and sources of water must be a thing of the past.

According to him, new areas in Kumasi are now prone to flood, partly due to poor drainage systems.

Citing many instances and stressing why it should not be taken lightly, Otumfuo said the Kumasi Metropolitan Assembly (KMA) has earmarked about 400 buildings sitting on waterways for demolition.

On his part, Mr Aseno-Boakye, the Housing Minister, assured him that his outfit was going to help rebuild the community.

During an inspection of drainage systems in Kumasi, the Minister admitted that more investments were needed.

“The Mayor has told me he understands that it is their duty to carry out the demolitions of properties on waterways, but they have certain challenges.

“Whatever support that we can give to help them to enable them to demolish these buildings, we are ready to do so because that is the surest way of protecting the lives of the people and their property as well,” he said.

DISCLAIMER: The Views, Comments, Opinions, Contributions and Statements made by Readers and Contributors on this platform do not necessarily represent the views or policy of Multimedia Group Limited.
Tags:
Francis Asenso Boakye
Otumfuo Osei Tutu II