Our job is to fix problems; we are fixing them – Bawumia 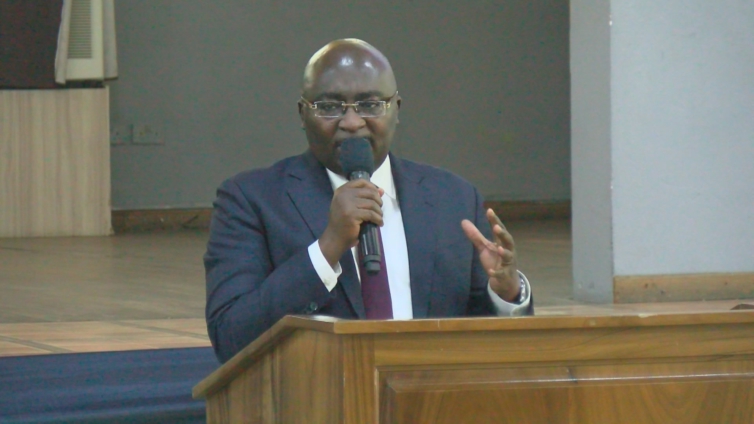 The Vice President, Dr Mahamudu Bawumia has assured Ghanaians that the Akufo-Addo led government is focused on solving problems caused by the Covid-19 pandemic.

In an apparent response to issues raised by a section of Ghanaians on social media in respect of the rising cost of fuel and other goods such as cement and iron rods, Vice President Bawumia on Thursday morning acknowledged their concerns on Facebook and assured them of the government’s commitment to solving these problems, which he said have been heightened by the effects of the pandemic on world economies.

“We are four months into our four-year mandate. The job of government is to fix problems. This is what we have been doing since 2017,” Dr. Bawumia wrote on Facebook.

“The Covid-19 pandemic has slowed down the global economy and caused increases in prices of commodities such as oil, cement and iron rods as well as the overall cost of shipping,” he explained.

Dr. Bawumia, nonetheless, expressed optimism about the way forward, adding that the Akufo-Addo led government has a track record of fixing problems in the past four years.

“It is very important to place the performance of our government over the last four years, after inheriting an economy with “no meat on the bone”, on record. “The facts and data speak for themselves.”, he emphasised.

Dr. Bawumia listed several problems, which the government has fixed or is fixing, to demonstrate its ability to overcome the present challenges. These include; social intervention programmes to reduce the suffering of citizens, positive economic indicators, job creation, increased agriculture output, critical infrastructure development and digitisation of the economy to make things easy for the people.

He also assured the citizenry of the government’s commitment to do more.

DISCLAIMER: The Views, Comments, Opinions, Contributions and Statements made by Readers and Contributors on this platform do not necessarily represent the views or policy of Multimedia Group Limited.
Tags:
#FIxTheCountry
Dr Mahamudu Bawumia
Vice President