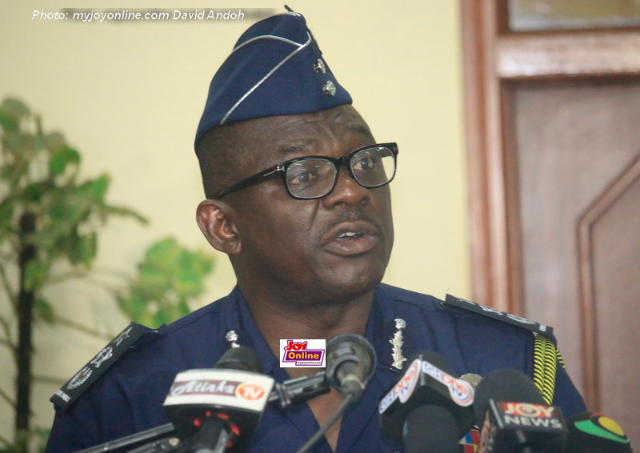 Workers of the National Commission on Civic Education (NCCE) are infuriated by a purported counsel from the Attorney-General urging the police to prosecute two staff who were allegedly assaulted by some police officers at Biakoye in the Volta Region.

The two staff; Adelaide Quashie and Ernest Mensah, a national service personnel attached to the NCCE at Biakoye District, are to face assault charges in court when they rather suffered brutalities from a group of police officers while returning from a field work, Myjoyonline.com learnt.

The incident happened sometime in May 2017, when the two NCCE staff onboard a taxi were stopped by the police at a barrier and the driver gave one of them GHÈ»2. Adelaide, who is also the Volta Regional Secretary of the Public Services Workers Union's (PSWU) Women's Committee, rebuked the driver for ‘corrupting’ the police since none of the officers demanded the money from him.

“The next thing was that, three of the guys in uniform marched to the car and ordered the national service guy and the Adelaide out of the car, trashed them as much as they could, tearing their dresses in the process, dragged them half naked to the station threw the service person behind cells, hand cuffed the lady and hanged her on a window at the station,” narrated Madam Pearl Addo, the National Chairperson for Women's Committee, PSWU.

Madam Pearl Addo, who is also the District Director of the NCCE at Asuogyaman in the Eastern Region, was unhappy at the alleged atrocious treatment the two staff suffered at the hands of the police.

“…they hanged her [Adelaide] by the hands such that her feet could barely touch the ground. Complete torture!”

She said upon hearing the news, management of the Commission including the District Director, Leonard Aglomasa, went to the police station for their release on bail and demanded a medical form so they could be sent to the hospital but the officers declined them the form.

“They refused to give them the medical form and were raining insults on the man. Whilst they were doing this, the National Service Person was secretly recording the action. Unfortunately for him, he was seen by one of them. This brought another round of beating! They took his phone from him and crashed it there and then, collected that of the lady too and destroyed it,” Pearl added.

She said the management of the NCCE Head Office subsequently petitioned the office of the Inspector General of Police demanding a probe into the case.

They are therefore shocked to learn from the Volta Regional Police Command on Thursday, January 11, 2018, that Adelaide and Ernest are "under arrest and are being processed for court" upon A-G’s counsel after the Commission officially wrote to the IGP.

Attempts to reach the Regional Police Command for their side of the story have been unsuccessful as neither the Regional Commander, DCOP Nana Asamoah Hene nor the Crime Officer, Wonder Dogbevia responded to calls and text messages by the reporter.