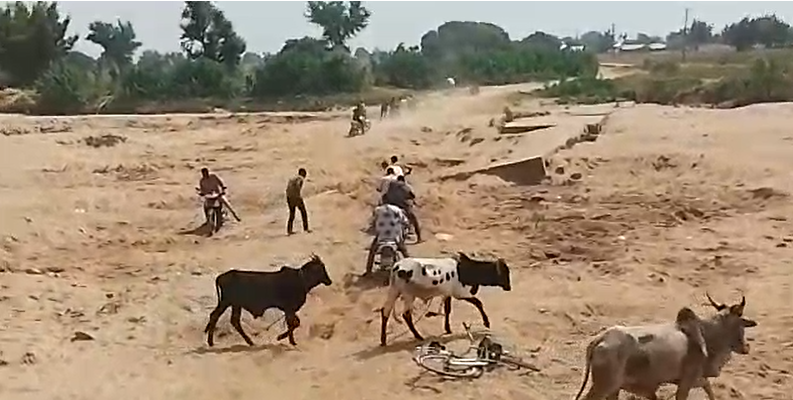 Over 10 communities at Pusiga in the Upper East Region are struggling to access their district capital due to the lack of a bridge over a river.

The bridge would have served as the connection between Kultamise and Pusiga.

Speaking to Adom News, the affected communities lamented the river has caused them more harm than good.

They told reporter Halidu Dasmani that several people have died in the river trying to access the district capital for social amenities such as schools, health care, market and many more.

Some students and apprentices who called on the central government to pay urgent attention to the area.

The Assembly member for the Kultamise electoral area, Bukari Jayana, said the situation is worse for the farmers, especially during the rainy season.

In those periods, they are said to face challenges transporting farm produce to the central market.

The only option is their border towns in Burkina Faso and Togo which is also difficult to access due to immigration complications.

According to the assembly member, the construction is beyond the capacity of the Pusiga district assembly adding that government must come to their aid.

DISCLAIMER: The Views, Comments, Opinions, Contributions and Statements made by Readers and Contributors on this platform do not necessarily represent the views or policy of Multimedia Group Limited.
Tags:
Bridge
Pusiga