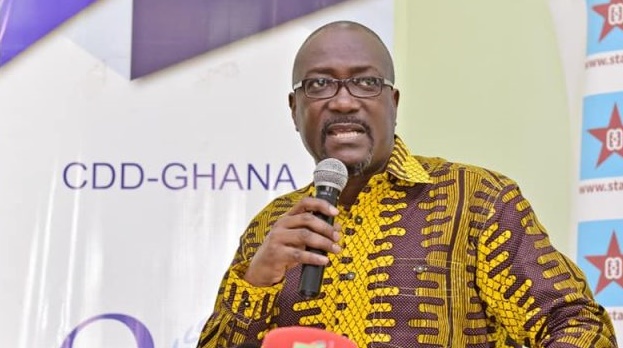 The Executive Director of the Center for Democratic Development (CDD), Professor Henry Kwasi Prempeh has called on the state to draw clear lines between its sovereign powers and that of traditional authorities.

According to him, if this is not done, traditional authorities may cross their boundaries in the exercise of the powers conferred on them.

Speaking in an interview with Samson Lardy Anyenini on NewsFile on Saturday, the law professor stated that, under the 1992 Constitution, traditional authorities are given a certain degree of power to govern affairs in their respective jurisdictions.

The exercise of these powers, he said, must however be regulated by the state to prevent excessiveness and abuse.

Citing the shut down of Kumasi-based Oyerepa FM by the Kumasi Traditional Council, he said, “The state in these matters appears not to be asserting its sovereignty. So when these things happen, the state turns to be like a bystander, it’s like a spectator, looking on as these things happen”.

He continued: “Over the time, as the state remains silent and says nothing about these accretions of authority that we’re seeing from the traditional realm and the local constitutional monarchs, then you’ll see that the line becomes more blurry and shifting more and more in favour of traditional monarchies”.

Professor Prempeh further intimated that, “Because they (traditional authorities) have community legitimacy; because they have social legitimacy locally with the people, when the state does nothing to draw the line, then you see that we’re moving more and more towards, basically areas of contestation that should not be contested”.

His comments were in connection with an order by the Kumasi Traditional Council on Thursday, directing Oyerepa FM to halt its operations.

The order was based on some comments Akwasi Addai ‘Odike’ made on the network.

In his submissions, he accused the Chiefs of aiding in galamsey and looking on unconcerned while forests and water bodies are destroyed.

Subsequently, the Kumasi Traditional Council felt slighted by these remarks and declared it to be a form of rebellion against Asanteman; hence Odike was banished from stepping foot at Manhyia.

Commenting on the purported banishment, Professor Prempeh told host, Samson Lardy Anyenini, that banishment by traditional authorities is not upheld in the 1992 Constitution.

He said, the power to banish is no longer applicable, following the country’s transition to democratic rule.

He therefore urged the state to intervene in such matters to ensure the sanctity of the 1992 Constitution; the law which supersedes all other sources of power, including that of traditional authorities.

On the reported shut down of Oyerepa FM by the Kumasi Traditional Council, the CDD boss said the decision by the Council amounts to an abuse of power.

Meanwhile, the Executive Director of the Media Foundation for West Africa (MFWA), Sulemana Braimah, has also stated that chiefs do not have any legal authority to close down radio stations.