Oyerepa FM shutdown: We are having discussion with parties involved – NMC 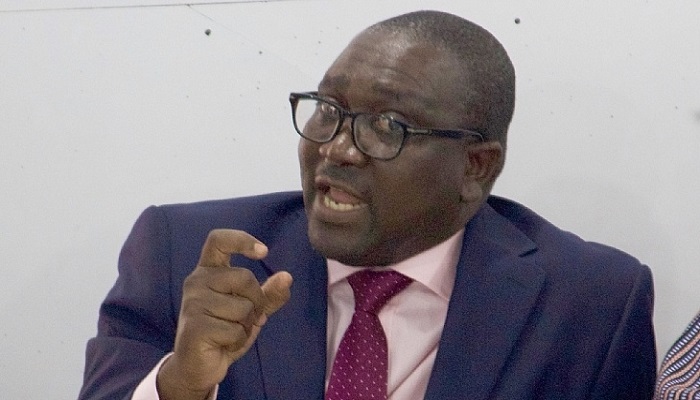 Mr Sarpong in the statement issued on Thursday, April 30, said the NMC is an independent body and doesn't take orders from the President or any other person

The Executive Secretary of the National Media Commission (NMC), George Sarpong says his outfit has engaged with Management of Oyerepa FM and the Kumasi Traditional Council to resolve the current impasse.

The Kumasi Traditional Council has directed the Management of the Kumasi-based station to cease operation until it has appeased them for allowing the Founder of the United Progressive Party (UPP), Akwasi Addai ‘Odike’,  to make disparaging statements against them on their airways.

The politician accused the Chiefs of aiding in galamsey and looking on unconcerned while forests and water bodies are destroyed.

In an interview with JoyNews’ Newsfile on Saturday, Mr Sarpong pointed out that the NMC has made considerable efforts in addressing the issue.

“Immediately the story broke, we’ve been in contact with Manhyia Palace –The Traditional Council, we are in touch with the radio station (Oyerepa),” Mr. Sarpong noted.

He indicated that there is more to the story than meets the eye.

According to him, preliminary investigations revealed that the Kumasi Traditional Council has had cause to caution Oyerepa FM over previous broadcasts.

Speaking on the same show, the Executive Director of the Centre for Democratic Development (CDD), Professor Henry Kwasi Prempeh said the directive by the Kumasi Traditional Council to the Management of Oyerepa FM to shut down amounts to abuse of power.

According to the seasoned lawyer, even though the Council is clothed with powers to exercise authority within its jurisdiction, the move to halt the broadcast of the station is not grounded in law.

“To actually arrogate to yourself, the power to basically overstep the constitutional limits because you have the considerable local support, I think really borders on abuse of power, and I think we should not encourage it”, he emphasised.

DISCLAIMER: The Views, Comments, Opinions, Contributions and Statements made by Readers and Contributors on this platform do not necessarily represent the views or policy of Multimedia Group Limited.
Tags:
Kumasi Traditional Council
Manhyia Palace
National Media COmmission