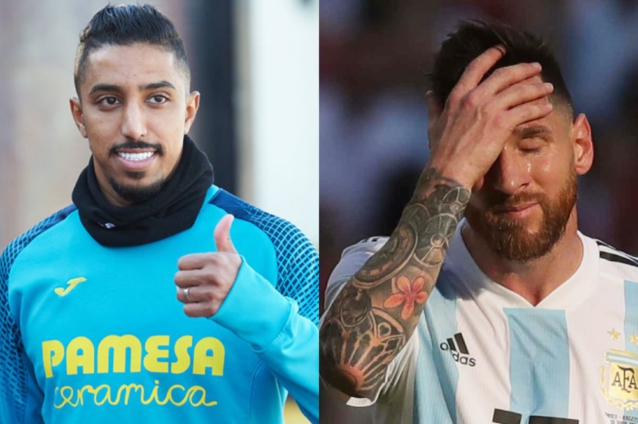 The 2022 FIFA World Cup is barely three days old and already the tournament is springing some very rude surprises.

Indeed, the first victims of the shocks were the host, Qatar!

After treating the world to a beautiful spectacle in Sunday’s opening ceremony, the Maroons failed to impress in their opening Group A fixture; losing by two goals to nil to the Tricolors of Ecuador.

The results threw many Qatari fans into despair; causing them to leave the 60,000 capacity Al Bayt Stadium beaten and battered.

But beyond the disappointment, the results also established a new record in the annals of World Cup history; with Qatar being the first host nation to lose their opening encounter.

Following this initial upset, many football fans started discussing the possibility of a tournament loaded with shocks and elements of surprises.

Well, the predictions were not wrong after all! On day three of the Mundial, thousands of soccer fans have been left in awe, following Saudi Arabia’s surprising defeat of Argentina.

Prior to kick off, the odds were hugely against the Saudis; and this was manifest in the comments of many pundits and connoisseurs ahead of the clash.

Yet when all was said and done at the Lusail Iconic Stadium, it was the Saudi’s who were left jubilating. But how did it happen?

The game began on a somewhat energetic tone; with the Argentines quickly announcing their intentions to grab all three points.

Blending intelligent touches and well-stringed passes in the opening exchanges of the game, it was obvious what Messi’s men wanted to achieve.

Their incursions and toil finally paid off when Messi converted a penalty, ten minutes into play. His expertly converted kick sent the crowd agog, putting Argentina one nil in front.

But Hervé Renard’s men were unperturbed.

The Green Falcons kept their momentum and managed to hold the Argentines from doubling their lead; all the way till when Slovenian referee Slavko Vincic, whistled to signal the end of the first half.

The second half then began in earnest; with both sides refreshed from the break.

Unfortunately, the overwhelming favourites, Argentina, lost their earlier lead through an equalizer from the boots of Saleh Al-Shehri.

With the lead cancelled, it was now all to play for; with the underdogs having pulled pull parity against the favourites.

Eight minutes later, the Saudi’s finally shocked the North Americans with a goal that proved to be the eventual decider.

Al-Dawsari, turning and wriggling around the edge of the penalty box fired a thunderbolt which split the defense and beat goalkeeper, Emiliano Martinez.

From there, it was a a fruitless series of attempts from the Argentines who struggled to equalize.

This sent the Saudi’s cheering, after which they managed to hold on to the lead till the last blast of the whistle.

Argentina’s loss, made even more bitter after they had scored three goals but all ruled offside, means they will now have to give a better account of themselves in their next two matches, in order to heighten their chances of progressing to the next stage of the competition.

For those of you who missed the action, here’s the goal that broke Messi’s Argentina.

DISCLAIMER: The Views, Comments, Opinions, Contributions and Statements made by Readers and Contributors on this platform do not necessarily represent the views or policy of Multimedia Group Limited.
Tags:
Al-Dawsari
Argentina
FIFA World Cup
Messi
Qatar 2022
Saudi Arabia