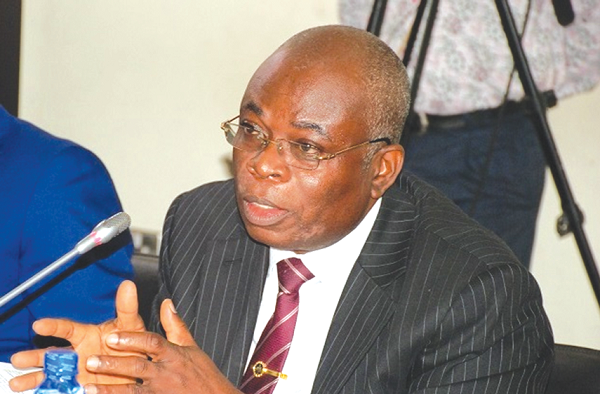 Some financial infractions at the Koforidua Technical University which were highlighted in the 2019 Auditor-General’s report took centre stage when the Public Accounts Committee (PAC) of Parliament began sitting on the report in Ho last Monday.

In one instance, eight accounts officers were said to have failed to account for a total amount of GH¢620,456 being students’ fees in 2019.

Meanwhile, an amount of GH¢48,196, which was invested in a waste recycling project by the university in 2015 is yet to materialise with no proof of a formal contract agreement on the project.

When the Vice-Chancellor, Professor Emmanuel Essuman, appeared before the PAC together with other officials of the university, he said some of the monies were retrieved leaving an outstanding amount of GH¢306,770.

He said some of the culprits were dismissed while others were suspended, and one handed over to the police.

Regarding the recycling project, Professor Essuman could not immediately produce any contract agreement to the PAC.

The committee also sought to know why an amount of GH¢338,946 was paid to a private company over the termination of the 1000-bed students’ hostel project, after the university failed to put up a defence at the court in the case.

Responding, Professor Essuman said the hostel project was embarked upon by the Students’ Representative Council which pursued a procurement procedure without involving the management of the university.

However, he said the university thereafter stopped the SRC from making its own procurements to prevent such losses in the future.

With regard to an overdue students’ fees totalling GH¢4.9 million as of 2019, the Vice-Chancellor informed the committee that the issue had been resolved.

That claim was confirmed by the team from the Auditor-General’s Department present at the hearing.

The committee also demanded to know why the university operated 23 different bank accounts with as many as 10 commercial banks, using some for both collection and payment transactions which attracted colossal charges.

It was then confirmed by the auditors that seven of the accounts had recently been closed and the monies paid to the Bank of Ghana (BoG).

The committee heard that the BoG was yet to refund GH¢36,000 to the university.

The Accra Technical University, which took its turn earlier, explained that its internally generated fund (IGF) dropped to 31.4 per cent from 33.9 in the previous years due to a drop in the number of students.

The Vice-Chancellor, Professor Samuel Nii Odai, said the recent introduction of new programmes by the university would increase the intake and that would soon favour the institution’s IGF.

The PAC, chaired by the Deputy Minority Leader, Dr James Klutse Avedzi, will sit for f ve days for the zonal hearing to consider the three AuditorGeneral’s Reports referred to it. The zone include the Greater Accra, Eastern, Volta and Oti regions.

The committee will also look into reports on the Ho Technical University, all pre-university educational institutions in the zone, for the Financial Year, December 31, 2019, in addition to the report on the management and utilisation of District Assemblies’ Common Fund.

Dr Avedzi, who is also the NDC MP for Ketu North, said matters of education were highly crucial to the state and so whatever went wrong at the educational institutions affected the whole nation adversely.

DISCLAIMER: The Views, Comments, Opinions, Contributions and Statements made by Readers and Contributors on this platform do not necessarily represent the views or policy of Multimedia Group Limited.
Tags:
Auditor-General's report 2019
James Klutse Avedzi
Koforidua Technical University
Public Accounts Committee of Parliament (PAC)