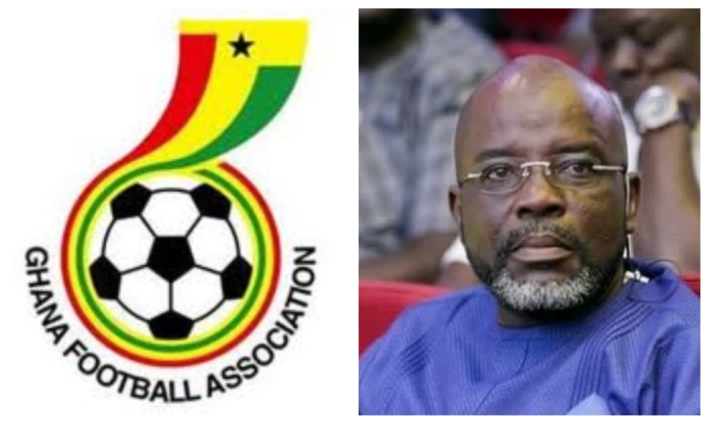 “It will be unfortunate at this point,” Lawyer of the Ghana Football Association (GFA) Naa Odofoley Nortey, wrote “to put our football fortunes in the hands of persons such as the appellant who flagrantly violate the regulations of the association. He wants to lead and thinks it is acceptable to offer bribes to FIFA and CAF officials to influence the outcome of games,” she explained to the Court of Arbitration for Sports (CAS).

“The qualification requirements placed on aspirants especially to presidential positions is designed to avoid putting the GFA in the hands of persons with moral turpitude and lack of proven integrity,” she continued.

The first two paragraphs, are point 42 of the GFA defence filed at CAS in response to Wilfred Kwaku Osei’s claims that the decisions of the now-defunct Elections Committee (EC) to disqualify him from contesting the 2019 GFA Presidential elections was a ‘smack of selective justice’ and a ‘predetermined, premeditated and preconceived decision’.

Palmer, as Wilfred Kwaku Osei is affectionately called, complained to CAS on October 11, 2019, that a member of the Vetting Committee, Frank Davis was in the web of ‘conflict of interest and biased towards him’ because he did not pay 10% of the transfer fees of Joseph Paintsil, a Tema Youth product who moved from Hungary to Belgium despite receipt of a letter from the private legal practitioner.

Lawyers of the GFA responded on October 21, 2019, accusing Palmer, described as the appellant in the official documents of maliciously taking steps to destabilise the elections.

They added that, he never at any point raise an ‘issue of conflict of interest, bias or the likelihood of bias against any of the members of the Vetting Committee, and that even when he was asked if he had any concerns with composition of the Committee during his vetting, he answered in the ‘negative’.

They argue before the CAS panel with Michele A.R Bernasconi as President that, the appellant extolled the virtues of the Chairman of the Committee and if he ‘honestly and sincerely’ was of the opinion that, a member or members of the Vetting Committee were in a conflict of interest “position or there was a real likelihood of bias against them, he should have raised same before, during or right after his vetting especially so, when the facts, the basis of allegations of conflict of interest were known to him way before the Vetting Committee was constituted and made public. He failed to do so.”

His failure to exercise the opportunity of expressing his misgivings, they say, he ‘waived his right to raise these allegations’ and that, it was ‘malicious afterthoughts calculated to destabilise the elections and should not be entertained.

CAS was informed that, disqualifying the appellant was based on the fact that he lacked the moral integrity to lead the GFA.

They questioned why “a person who touts himself as the founder, owner and bankroller and executive board Chairman of Tema Youth Football Club refused to abide by his own undertaking to the GFA and flagrant breach of the GFA rules and regulations adopted by Congress, the very institution he wants to head as President, his behaviour was unacceptable and in breach of the GFA rules and regulations that had been put in place for members by congress, thereby failing the high moral integrity test.

“In his own words, at the sitting of the Vetting Committee he admitted that his conduct, and indeed that of his club was inappropriate, and also that with the benefit of hindsight, Tema Youth Football Club should have redeemed its indebtedness to the GFA”.

In relation to the comments made by the Tema Youth owner in 2017 about Black Stars’ inability to qualify for World Cup 2018, the other reason for his disqualification, Naa Odofoley Nortey told the CAS panel that, the import of Ghana’s non-success at a fourth successive world cup participation as communicated by Palmer was that, the ‘unclassified payments’ were meant to compromise Fifa and match officials, ‘a situation fifa strongly frowns upon’.

The GFA explained that the NC was appointed to take the place of the executive committee because of perceived corruption and the founder of Tema Youth lacked the moral integrity demanded by the NC.

Before these, the NC told CAS that the decisions of the elections committee were final and binding. They noted that, per article 81(2) of the GFA Statutes, a ruling of the body could not be appealed at any institution due to lack of jurisdiction of the said organisation.

This claim, was later rejected on June 22, 2020 following an argument from Lawyers of the appellant that, the very regulations drafted by the Normalisation Committee of which its member Naa Odofoley serves as the Lawyer of the GFA in the impasse, recognises CAS in article 61 and 63 of its Statutes.

They described the steps of the NC in their argument as ‘misleading statements’ meant to deceive the court.

For Kwesi Nyantakyi vs FIFA, the final decision of the Adjudicatory Chamber of the FIFA Ethics Committee was subject to the appeal jurisdiction at CAS. “Being final and binding has been misconceived as unappealable decision.”

Not creating a room for people to seek redress with claims of their decisions being final and binding ‘cannot be reliable and acceptable. It smacks of a regime of dictators, arbitrariness and high handedness.”

Did Palmer waive his right to raise an objection to a member or members of the Vetting Committee? His Lawyers cited examples to back their argument that, there was a conflict of interest, accusing the FA of violating its very own regulations.

“A situation where conflict of interest is established. The fact that appellant did not raise it is of no moment. It is undoubted ground for vitiating every decision regardless of whether it is raised or not by the person affected by it.”

Per the definition of GFA lawyers, ‘unclassified payments’ are are unapproved and inappropriate payments made to Fifa and match officials to influence the outcome of games.

Lawyers of Kwaku Osei said the allegations are ‘completely false’ as unclassified payments are not monies meant to bribe officials. They say, he cited comforts such accommodating them in luxurious hotels and giving them traditional gifts.

They added that, though he was asked to apologise, his utterances were not deemed grievous enough to merit any sanctioning from the Ethics Committee. “He was not charged of any offence.”

He might not have been charged with any offence, but NC insists, he never met the requirements to head the GFA as President.

CAS, the supreme sport adjudications court, would award a ruling based on the arguments filed on August 4, 2020.

DISCLAIMER: The Views, Comments, Opinions, Contributions and Statements made by Readers and Contributors on this platform do not necessarily represent the views or policy of Multimedia Group Limited.
Tags:
Court of Arbitration for Sport
Ghana Football Association
Normalisation Committee
Wilfred Osei Palmer