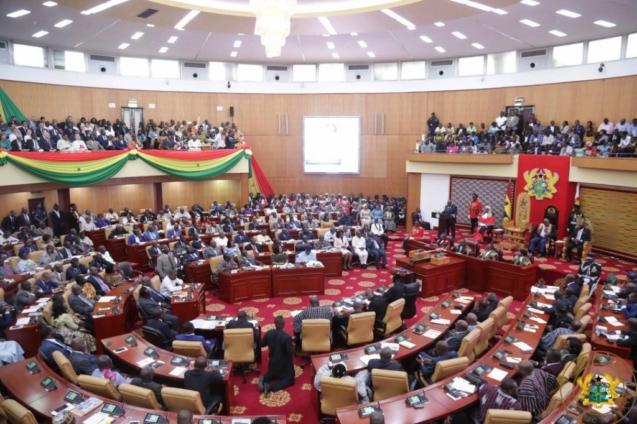 Parliament has approved ¢11.8 billion supplementary budget amidst protest from the Minority over Covid-19 expenditure.

According to the Minority MPs, Finance Minister Ken Ofori-Atta has failed to adequately account for monies approved for the coronavirus pandemic.

The opposition also argued ¢11.1 billion out of the ¢11.8 billion being sought by the Finance Minister in his supplementary budget has already been spent with no accountability.

The Minority then questioned ¢300 million extra allocation to the Electoral Commission (EC) and the National Identification Authority (NIA) for their work.

Mr Ofori-Atta has, however, denied engaging in any opaque activities.

According to the minister, approval of the supplementary budget will help initial measures to ensure the economy recovers from shocks from the Covid-19

He said government is hiding behind the pandemic to dissipate the country’s meager resources.

Replying the minority, Chairman for the Finance Committee, Dr Mark Assibey-Yeboah accused the NDC MPs of attempts to circumvent modes of accountability.

He stated that the Auditor General at the appropriate time will audit such expenses and present the outcome to parliament for the Public Accounts Committee (PAC) to consider.

DISCLAIMER: The Views, Comments, Opinions, Contributions and Statements made by Readers and Contributors on this platform do not necessarily represent the views or policy of Multimedia Group Limited.
Tags:
Covid-19 expenditure
Minority in Parliament
Supplementary budget