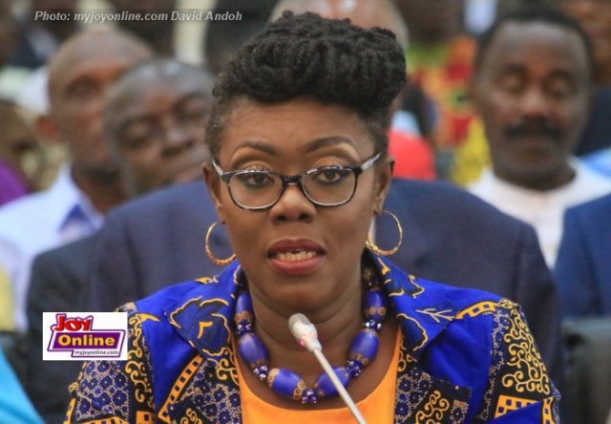 The Communications Committee of Parliament has suspended the consideration of the 2022 budget estimates for the Ministry of Communications and Digitalisation.

According to the Committee, the Ministry, has failed, in the past six years, to furnish the House with audited accounts of the National Communications Authority (NCA) and other agencies under its supervision.

At a press conference, Deputy Ranking Member on the Committee, Samuel Nartey George stated that the sector Minister, Ursula Owusu-Ekuful claimed that some of the reports are before the House. However, upon scrutiny, it was revealed that the Ministry was now presenting the 2015 and 2016 reports.

“For us, we felt that was in contradiction to what she had said at the vetting. On the basis of that, our side of the Committee said we could not continue with considering the estimates of the Ministry until the right things are done.”

The Ningo-Prampram MP added that the Committee will ensure that Ursula Owusu-Ekuful keeps to her promise and furnishes the House with the needed documents.

He stated that the Committee would only resume sitting upon receipt of the audited accounts of the agencies under the Ministry.

Mr. George noted that the Committee is poised to carry out its responsibility without fear or favour and insist on the right things being done according to the law.

“We cannot continue to approve estimates for a Ministry and its agencies when for six years running, they have failed to account to the people of Ghana, whose taxes we have been approving.”

He added that “we cannot continue approving in abeyance. If this was your business, you would demand some accountability, and we do this without any malice but mindful of our responsibility.”

The first Deputy Minority Whip, Ahmed Ibrahim, also indicated that the move is necessary to compel the Ministry to account for what has been happening in the sector.

He also added that the decision is necessary to safeguard the public purse and must not be seen as an obstruction of government business.