Parliament is the weakest arm of gov’t – Sam Okudzeto 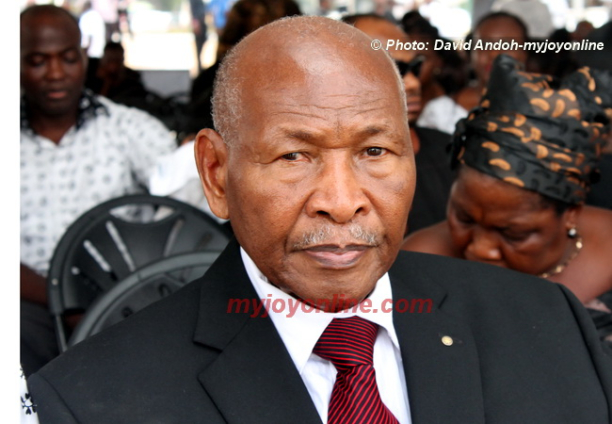 A former President of the Ghana Bar Association and renowned lawyer, Sam Okudzeto has described parliament as the “weakest arm of government” due to the failure to execute its fundamental responsibility of working in the interest of the people.

According to him, he does not understand why members of parliament are complaining of parliament being broke, since “they have the responsibility to call the Finance Minister, Seth Terkpe to explain why this is so".

Sam Okudzeto was speaking with Afia Pokua on Adom FM’s “Burning Issues” program on the performance of Ghanaians parliamentarians after 57th independence,  which was also transmitted live on Asempa FM.

Mr. Okudzeto, former Chair of the International Advisory Commission of the Commonwealth Human Rights Initiative, also noted that the MP’s must expose the Finance Minister if he claims the country is not broke.

“Yes, they should expose him”, he emphasized.

Sam Okudzeto said parliamentarians are tackling important national issues with "kid gloves", thereby allowing the institution to be taken for granted by Ghanaians.

He was therefore of the view that it’s about time MPs know that their integrity is at stake.

He urged MPs to stand up to defend their integrity by holding the Executive accountable in their daily businesses.

Alban Bagbin had stated that some members of parliament take bribes to push for the interests of some Civil Society Organizations. Sam Okudzeto stated that the Members of Parliament must take that accusation seriously.

Contributing to the discussions, a Senior Lecturer at the Political Science Department of the University of Ghana, Dr. Ransford Gyampo said parliament had failed to execute the three main objectives of the legislature, which is to represent its people, formulate laws and deliberate on matters.

He stated that parliament can solved these challenges if the nation reduces the amount of power in the hands of the executive and reduce the partisan nature of parliament.

Dr. Gyampo said such bribery allegations against MP’s will undermine public confidence in the legislature, which may bring voter apathy in future elections.

Meanwhile, the Head of Research and Programs and Deputy Director of the Centre for Democratic Development (CDD), Ghana, Dr. Franklin Oduro, also described the bribery allegations against parliament as worrying.

He noted that the way a section of the public perceive parliamentarians as corrupt is very dangerous.

Dr. Oduro also added his voice to the numerous calls for proper investigations to be conducted into the alleged bribery allegations against the MPs since they play a major role in Ghana's democracy.

“The responsiveness of members of parliament to the citizens is very weak and low because they always get close to the people during elections for votes”, Dr. Oduro asserted.

He therefore called on the MP’s to explain the truth in the bribery allegations against them to the people to understand the dos’ and don’ts of how the House operates.

Contributing to the way forward on how MP’s should conduct themselves on Adom FM’s “Burning Issues”, the Deputy Director of CDD urged MPs to desist from making promises which they cannot execute when campaigning.

Dr. Oduro says if the government can get money to sponsor the Black Stars for World Cup and at the same time get money to acquire presidential jet and airline for the security agencies, then government must also resource parliament to execute its mandate.

Meanwhile, the MP for Abuakwa South, Atta Kyea has backed calls for Mr. Bagbin to come clean on his allegations or render an unqualified apology to the MPs over the bribery allegations.

Currently, the leadership of Parliament has ordered the general public to submit any information regarding bribery allegation to the Clerk of Parliament to aid their investigation into the issues.

The leadership, however, has requested members of Parliament to decline any comment on the issues, while leadership deal with the matter.