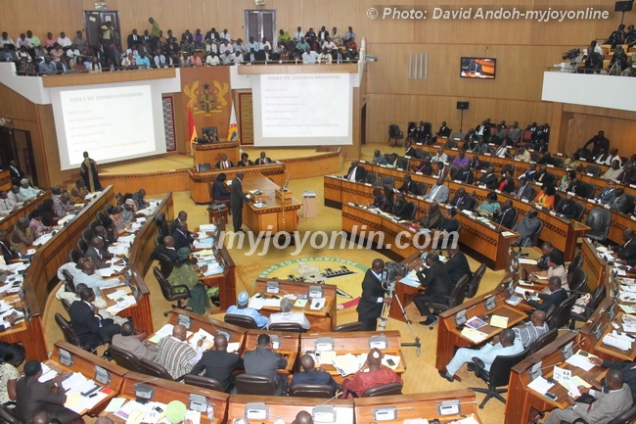 Parliament on Friday ratified the petroleum agreement between the government of Ghana and five organisations for the exploration of oil in the Expanded Shallow Water Tano Block.

As per the agreement, if a commercial discovery of oil was made in the expanded shallow water Tano block, the GNPC, CAMAC Energy Ghana Ltd and Base Energy Ghana Ltd who would be referred to as the contractor would prospect for oil in the block for 25 years.

The prospect area, bounded on the north by the Ghana coastline and on the west by the maritime border with Cote dIvoire, on the south by the Deep Water Tano Block and on the east by the cape Three Points Block, spans some 1,508 square kilometres.

Under the agreement terms, if no commercial discovery of oil was made after seven years, the contract expires. The Contractors are obligated to spend a minimum of 30 million dollars in the agreement.

Dr Kwabena Donkor, Chairman of the Parliamentary Select Committee on Mines and Energy and MP for Pru, who moved for the adoption of the report of the committee said the GNPC had commissioned several studies in the area for which there were technical reports.

He said the contractor would be required to reprocess existing two dimension and three dimension seismic data over the applied contract area and drill one exploration well and that they were required to commence operations latest by 60 days after the ratification of the agreement by Parliament. .