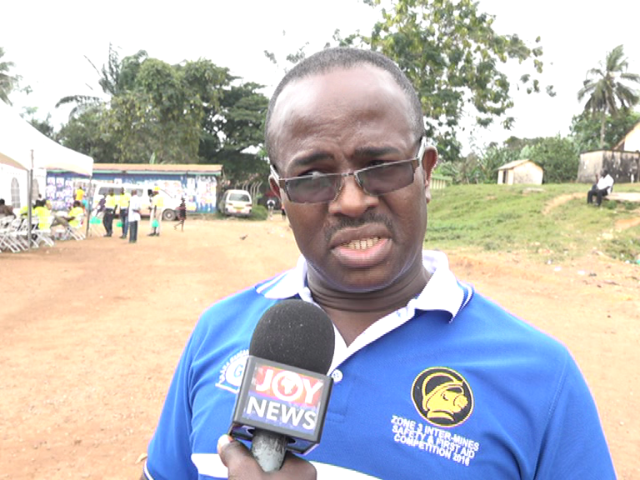 The CEO of Ghana Chamber of Mines has urged government to pass a Mineral Revenue Management Act aimed at ensuring transparency that will result in more revenue being realised.

Sulemanu Koney believes this will promote overall good governance in the sector.

Speaking at this year’s Inter-Mines First Aid and Safety Competition at Perseus Mines Resettlement Community in Ayanfuri in the Western Region on Saturday, he said “Most of us are unaware of specific projects funded with mineral revenue or how these funds are expended. It is in this light that we urge the government to pass a Mineral Revenue Management Act for the mining sector.”

He added that “Besides providing clarity on how the funds are utilized, such a law will also promote good governance and prudential management of revenues from the mineral sector.”

The Inter-Mines First Aid and Safety Competition is an annual competition originally created by the Ghana Chamber of Mines, the Inspectorate Division of the Minerals Commission and the St. John Ambulance.

It serves as a means to educate staff of the mining industry as well as citizens of mining communities on safety and basic first aid practices deemed necessary for all due to the present risk factor on all those in and around the mines, has since grown in popularity.

Mr Koney also noted “The competition has been used as a platform to showcase the central role that health and safety play in the mining industry as well as in our domestic lives which tied in perfectly with this year’s theme “Life is priceless, so drive safely”.

He also commended Nananom for collaborating with Perseus Mines Ghana Limited over the years and encouraged all the Community Safety Brigades to carry on demonstrating progressive knowledge and competence in first aid during accidents and emergencies to protect and save lives.

The General Manager of Perseus Mining Ghana Limited, Stephen Kofi Ndede also highlighted some of the efforts by Perseus Mines in this regard.

“Perseus Mining has implemented a number of health and safety interventions including safety talks and comprehensive risk management plans at the workplace, health and road safety education in communities,” he said.

Speaking on the theme of “Life is Priceless, Drive Safely”, The General Manager added “The mining industry was once viewed as a risky environment to work in, however, with all the interventions on our various sites, we are experiencing a safer mining environment but the roads have become more dangerous than mining.”

A demonstration of how to handle a victim in crisis

He asked for a promotion of change in attitude during road use and said, “The theme, therefore, is a clarion call to the mining Companies and to all of us gathered here to promote extensively good driving behaviours within our catchment communities and beyond.”

Endorsed by the Ministry of Lands and Natural Resources, the Inter-Mines First Aid and Safety Competition was attended by the Chief Inspector of Mines as well as officers from the Inspectorate Division of the Chamber of Mines.

The contest comprised of two sections for each contestant, one for the miners and the other for the Community Safety Brigades, with both taking part in two variations.

The first part was an Oral First Aid and Safety round where the participants were quizzed on their knowledge of first aid tips and trivia and the second part saw them delivering medical assistance to stand-in patients in a series of hypothetical emergencies.

In second place was Perseus Mines, followed by Chirano Mines in third place.

Each participant received a 55” curved TV.

As a result,  Adamus Resources and Gold Fields Damang will represent Zone II in the National Finals of the Inter-Mines First Aid and Safety Competition slated for later this year which will be hosted by Newmont Ghana Limited.