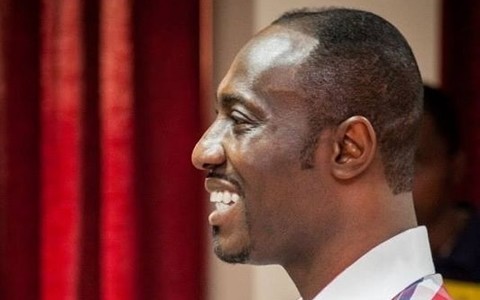 Gospel musician Josh Laryea has revealed that he took a break from music, to concentrate on his pastoral work.

The leader of the Kharis Centre International Church, after dishing out back to back hit tracks like ‘Emere’, ‘Bisa’, ‘Ngboo’ and others, went off the scene for years.

He tells Joy News ‘well it’s just that the pastoral work took turns and I decided to concentrate for some time’.

He however believes his duties will now allow him to bounce back unto the music scene. “Thank God everything is settled now so I’m back”, stated.

To announce his comeback, the musician is out with a new single ‘Never Fails’ which he is currently promoting.

With a focus on the Omnipotent power of Christ, the new song assures Christians that there’s always light at the end of the tunnel.

According to Pastor Josh Laryea  the song ‘Never Fails’ ‘speaks to any believer, who is going through their own challenges in life and it looks like you’ve been buried…and his gracious mercies picks you up and you’re coming back to life”.

He promises his fans more ‘scintillating’ music from his camp, as he is here for good.