Paying of assembly members could solve corruption in local governance 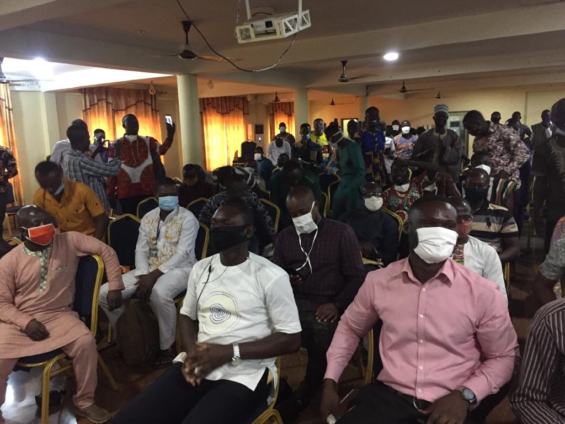 A group of Assembly Members in the Ashanti Region have welcomed the decision of the opposition National Democratic Congress to pay Assembly members.

According to them, the initiative when implemented will curb corruption in the local government system.

This comes after, flagbearer of the NDC, John Mahama in his manifesto launched on Monday promised his government when voted will cut the number of Ministers by the incumbent government and pay allowances to assembly members.

In view of that, at a press briefing on Thursday, Assembly member for Asempanaye Electoral Area, Emmanuel Kobi-Tumfour said the initiative is a giant step to deal with corruption in local governance and bring about national development.

“Monthly payment of allowances will provide us with the needed support to function well.

“The allowances could eschew some of the assembly members from seeking petty offers or falling for favors from the officers of the assembly and thereby compromising our authority to demand accountability.”

The Constitutional Review Committee in 2010 proposed a regular salary for assembly members but then NDC government refused to grant approval.

The NDC in 2012 manifesto in which the party had indicated its government would pay Assembly members never materialised after the victory.

Mr Kobi-Tumfuor explained not all governments may be able to fulfill all promises since there are other competing needs of the citizens of the country.

DISCLAIMER: The Views, Comments, Opinions, Contributions and Statements made by Readers and Contributors on this platform do not necessarily represent the views or policy of Multimedia Group Limited.
Tags:
Assembly Members
John Mahama