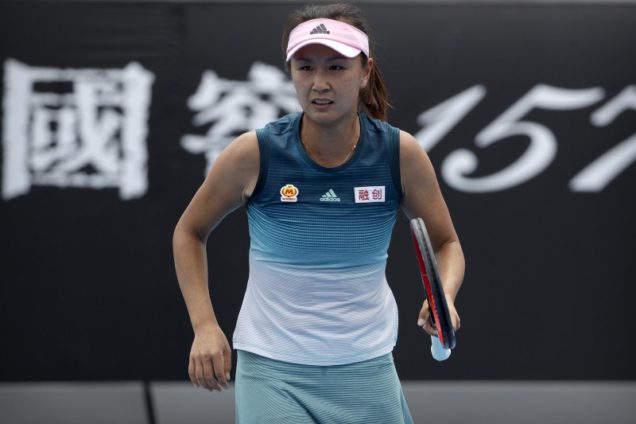 Peng Shuai, the Chinese tennis player who hasn’t been seen publicly since she accused a former member of the Communist Party’s ruling Standing Committee, Zhang Gaoli, of sexual assault in early November, took part in a 30-minute video call with International Olympic Committee officials on Sunday, according to the Associated Press (h/t ESPN).

“She explained that she is safe and well, living at her home in Beijing, but would like to have her privacy respected at this time,” the IOC said in a statement. “That is why she prefers to spend her time with friends and family right now.”

“I was relieved to see that Peng Shuai was doing fine, which was our main concern,” Terho added. “… She appeared to be relaxed. I offered her our support and to stay in touch at any time of her convenience, which she obviously appreciated.”

With growing concern over Peng’s whereabouts and safety from within the tennis community and sporting world at large, members of Chinese state-controlled media outlets uploaded pictures and videos, or posted updates on her status, in recent days.

I confirmed through my own sources today that these photos are indeed Peng Shuai’s current state. In the past few days, she stayed in her own home freely and she didn’t want to be disturbed. She will show up in public and participate in some activities soon. https://t.co/VGLt6qoOOh

I acquired two video clips, which show Peng Shuai was having dinner with her coach and friends in a restaurant. The video content clearly shows they are shot on Saturday Beijing time. pic.twitter.com/HxuwB5TfBk

This is the second clip. pic.twitter.com/BWzdBkIJ94

Given the sources and the lack of independent verification of Peng’s safety before Sunday, however, skepticism remained.

A number of high-profile tennis players spoke out on the situation in recent days:

I am devastated and shocked to hear about the news of my peer, Peng Shuai. I hope she is safe and found as soon as possible. This must be investigated and we must not stay silent. Sending love to her and her family during this incredibly difficult time. #whereispengshuai pic.twitter.com/GZG3zLTSC6

“This is horrifying. I mean, a person is missing,” Novak Djokovic said at the ATP Finals. “The whole community, tennis community needs to back her up and her family, make sure that she’s safe and sound because if you would have tournaments on Chinese soil without resolving this situation, it would be a little bit strange.”

“She’s one of our tennis champions, a former world No. 1, and clearly it’s concerning. I hope she’s safe,” Roger Federer said during an interview with Sky Italia (h/t Associated Press). “The tennis family sticks together and I’ve always told my children as well that the tennis family is my second family. … I just want her to be OK and that she’s safe and that we hear something hopefully soon.”

The WTA had also threatened to pull out of any events in China if Peng’s safety and well-being wasn’t confirmed.

On Sunday, Bach said he invited Peng to dinner with him in January when he travels to Beijing, “which she gladly accepted,” per the IOC’s statement. And Peng “thanked the IOC for its concern about her well-being.”